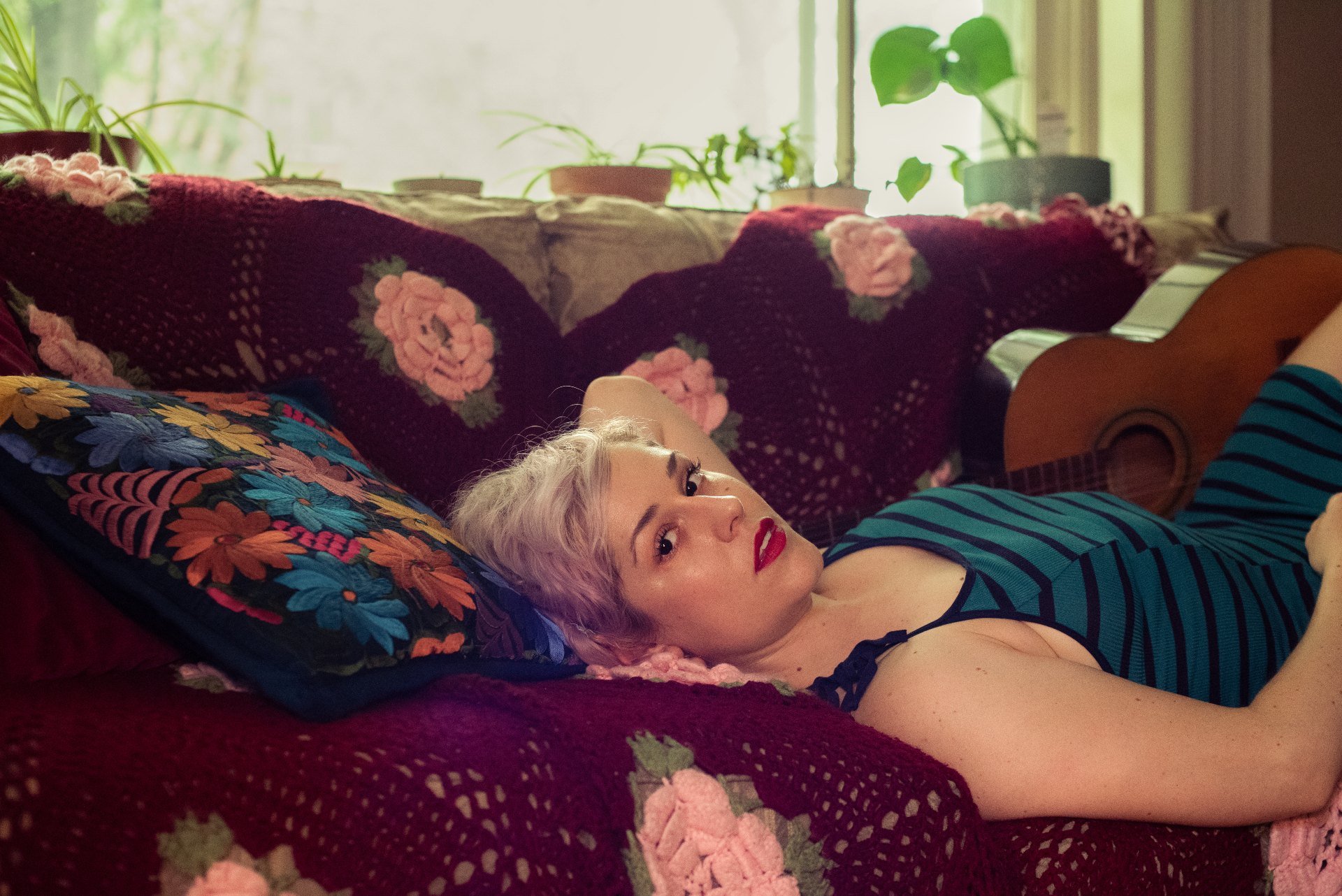 We pulled off the Trans-Canada Highway at Field, a tiny community of 169 people in the Kicking Horse River valley of southeastern British Columbia. It’s the kind of stop you make to get out, stretch your legs and use the restroom before getting back in the car to keep heading west to most likely Vancouver. I got on the phone with Nich (Davies) – the president of my label, my creative collaborator of over a decade, and my dear friend. The house show I was supposed to play that evening had canceled. Field is where we chose to make the disenchanting but necessary decision to pull the plug on the entire tour. COVID-19 wasn’t just something we heard about happening elsewhere anymore. It was here at home.

My sister, Andi (Vissia), and I had just started the western leg of a national promotional tour of upwards of 20 dates, the first phase of a multi-faceted release strategy for the new album I had just wrapped in the studio. It was a solo tour and Andi was along as my tour manager. When I say we had just started, I mean I had so far played exactly one show: March 13th, 2020, at The Palomino in Calgary, Alberta, to a small but warm crowd on what felt like one of the coldest days of winter. I now fondly refer to that day as the Grand Tour of Calgary 2020.

Tours don’t just happen. There are months of preparation with many shows being booked up to six months in advance. The logistics of routing a tour across this vast and smatteringly populated country is a challenge, trying to fit the pieces together in the most efficient way manageable. But like any kind of heartache, mine was not so special. I knew that this was a shared reality throughout the entertainment industry. The path of a career in this realm is very uncertain by nature, and those of us who choose it to know this, but no one was prepared for the jarring halt to our livelihoods. What did this mean for our industry? How long would it last? What were we going to do?

Many artists could do nothing. Mentally and emotionally rattled, some could not find their sound for months, enveloped by a heaviness they had never felt before. They couldn’t bring themselves to pick up their instruments. The very idea of what it means to be a performing artist was suddenly coming apart at the seams, and for many, the markers of identity with it. The industry felt completely crushed. Sprinkle that on top of an already teetering stack of global political, social and humanitarian issues – not to mention the struggles in each individual’s orbit – and it’s enough to make anyone question the point of their own existence. It is okay not to be okay, especially in the face of a global health crisis. It is okay not to be okay, and that is the truth. I think there is another, although maybe less popular, truth. It is also okay to be okay.

I can’t say exactly where it came from – perhaps the combination of my naively hopeful optimism and steadfast marriage to my work life – but the day my tour was canceled, we turned around at Field, BC and drove right back to the studio where I broadcasted my first livestream on my YouTube channel that very evening. I had a brand new album in the bag and I was determined to do what I could with what I had. It was not perfect, but it was the start of something.

I started doing weekly livestreams on Facebook, and then my YouTube channel. I launched a Patreon page to help foot the costs of online marketing and livestreaming gear. I released a new single. I curated and continue to curate a weekly playlist on Spotify and Apple Music – “Monday Mood Ring” – as a way to share what tracks and artists are giving me life. I shared a Wellness Wednesday series for a while with whoever was interested in listening; habits and rituals I was finding to be helpful in taking care of myself. When summer settled in, I tried live streaming from Edmonton’s green spaces. I recorded weekly videos of songs for my YouTube channel. I listened to podcasts and read blogs about social media best practices to figure out how to make my content work better for me. I started up a weekly Instagram Live series called Tuesdays Together as a way to connect with other artists while demystifying our creative lives and artistic processes for viewers, interviewing a total of 26 different artists in 2020 (continuing in 2021 as Making Out With VISSIA; edited for Spotify podcast and YouTube starting February 9th). I took my own photos. I made a music video. I released two more singles. I released another music video. I faced every unimaginable technological difficulty, but I kept learning and kept going.

This is where I want to acknowledge the privilege of my situation. Here in Canada I have been eligible for government support while I have been unable to pursue work in live settings (though it should be noted that this has been a very imperfect system that has allowed too many people to fall through the cracks). So many people on this planet have not been so lucky as I have, and that consideration has been a prominent motivating factor in me continuing to choose to make the most out of my circumstances, to do what I can with what I have.

Don’t be mistaken, I have definitely crawled through the valleys of my darkest days, but a handful of supremely encouraging supporters helped me keep my eyes on my intentions and get back up again. In effect, what started out as a combination of activities to keep my career from standing still became the activators of beautiful connections. And that is what I think music is, the ultimate connector. It connects people, to themselves, and to others. It helps people feel when they don’t know-how. It is because of music that I have witnessed the softening of complete strangers. It is because of music that I want to show up for people I have never met face to face. 2020 taught me to value authenticity above all. When we lean into our own vulnerability like that, we honor where we are at, and in doing so we give others our blessing to do the same. I used to think that showing up meant putting on a show regardless of what I was feeling, but 2020 taught me that it is okay to show up just as I am, whether I am thriving or stumbling through the words of a song.