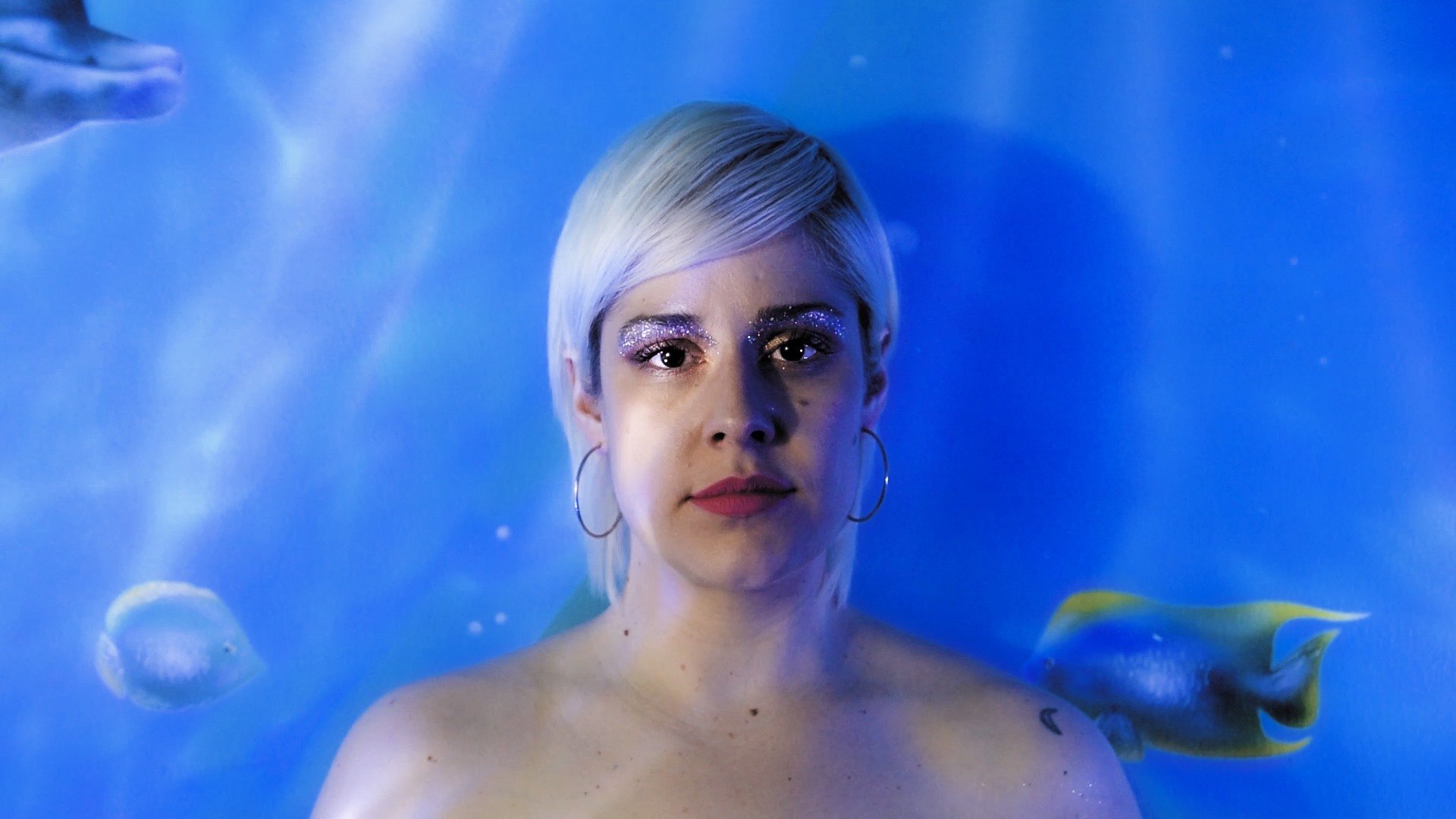 How did it feel to write a song as personal as Walk Me Home? Did you have any misgivings about opening up so much?

I really feel that songs – at least for me – come in their time, so when I sat down to write my new record, and “Walk Me Home” started happening, it felt right to lean into it. I have been seeking my own inner truth and knowing ever since I was young, and this song feels like an important mile marker on that ongoing quest. 2019 was a really emotionally challenging year for me. My relationship changed shape in a very unexpected way just as I was leaving for a month-long artist residency in Toronto. I spent months feeling completely powerless, worthless, and immeasurably sad. Then angry. I was totally stuck despite many attempts to change my perspective. I desperately wanted to be able to see things as an opportunity for growth. But I think sometimes you have to just let yourself be stuck for a little while. You have to be where you are at, even if it feels awful. It took an enormous amount of internal effort, but one day I decided that I was done with feeling sorry for myself. I chose to embrace my independence, which really allowed me to be open to new possibilities and beautiful experiences. It was definitely not easy, definitely still very hard, but I learned so much about my own needs and desires in my personal relationships – with others, but especially with myself. I was listening to a lot of podcasts and audio books that circled around vulnerability, shame, self-awareness and self-acceptance. In some ways “Walk Me Home” feels like the final theme for everything that I experienced leading up to writing it, but truly I think it’s the opening number to a new chapter where I feel like I’m moving through the world as openly, honestly, and unapologetically as I can. Perfection is not the goal here. Authenticity is.

How does it compare to your earlier music?

Walk Me Home is probably the most grounded and vulnerable that I’ve felt about a song of mine. I’ve always written through my emotions, but this song feels different. There is still a messiness and rawness I think, but it’s not longing or desperate. It’s also less specifically detailed to my own experience compared to a lot of my earlier work. I really wanted to write Walk Me Home in a way that would allow it to be claimed and felt by whoever needs it to be for them.

How important is your image to you as an artist? Your new video has such a distinctive look!

Image is important to me as an artist, it’s another way I can express myself. I try not to be too precious with it and just do what feels right for me at the time. These days I’m really into just having fun with it because I want what I wear to reflect the kind of energy I want to put out into the world. I thrift most of my clothes because I love spending hours sifting through racks in order to find unique and one-of-a-kind pieces, and it’s one way I can reduce my environmental impact. I also do a lot of mending and fixing before I part with my favourite items. My options were limited with this video because I shot it during the initial lockdown here, so I scoured my closet and borrowed pieces from three of my close friends. Even though there is a seriousness to the song, I really wanted to have fun with wardrobe, makeup and how I presented myself. I created three very different looks to emphasize the idea of embracing and accepting myself completely; the dark, the light, and the otherworldly.

Who was the first artist you remember listening to and being inspired by?

(Thank you for asking the hardest question ever!) I grew up in the country, bluegrass and folk traditions of songwriting. I wrote my first song when I was 11 or 12. When I was about 17, an older cousin of mine and I were attending the same college, and we’d drive the 45 minutes together every morning and evening. My ears were opened to so much on those drives and I was completely enthralled by these new musical discoveries. One of them was American singer-songwriter, Josh Ritter. I thought he was just The Greatest. His songs felt so romantic to me; beautiful stories painted with words, eloquent lyrics so carefully chosen. I still have a poster on my wall from the first time I saw him in concert back in 2008. I dragged a friend of mine to the show and made them wait with me at the end so I could meet him. He signed the poster and wrote, “May all the right words and chords come to you when you need them.” It meant so much to me as a young songwriter, to have someone I admire be so warmly encouraging.

What has been your most challenging song to write so far and why?

There is a song on my new record called “The Cliffs” that was really challenging to write. I had written a piece for a friend of mine, this sort of pledge of support for them to do the hard things even when it feels scary as hell. So it wasn’t a song yet, but I decided I wanted to try and make it into one. I had the melody and form of the song all worked out quite early on, but the lyrics felt like a 1000 piece jigsaw puzzle. I had all of the pieces on the table, I just had to figure out how they fit together. The bridge was a big empty hole for a while as well until I had what I can only describe as an epiphany. I spent a lot of time soaking in the bath.

What has been your easiest song to write so far and why?

I don’t think any songs have felt particularly easy to write honestly, but my writing process has changed, especially through writing my new record. This record is the fastest I’ve ever produced new material because I was working on a deadline. The studio dates were booked, so I was committed to showing up with songs. With only two finished songs in the bag, I essentially wrote eight brand new songs over two months. Historically I have collected songs over years, relying on sparks of inspiration with very little discipline in the way of writing practice, so this is a notable feat for me. I do need to acknowledge that this ability to focus solely on writing for my new record was made possible by successful approval for funding from the Edmonton Arts Council. It was an amazing opportunity to be able to focus on creating and being an artist without having to hustle for side gigs and other freelance work. It is something I am grateful for every single day.