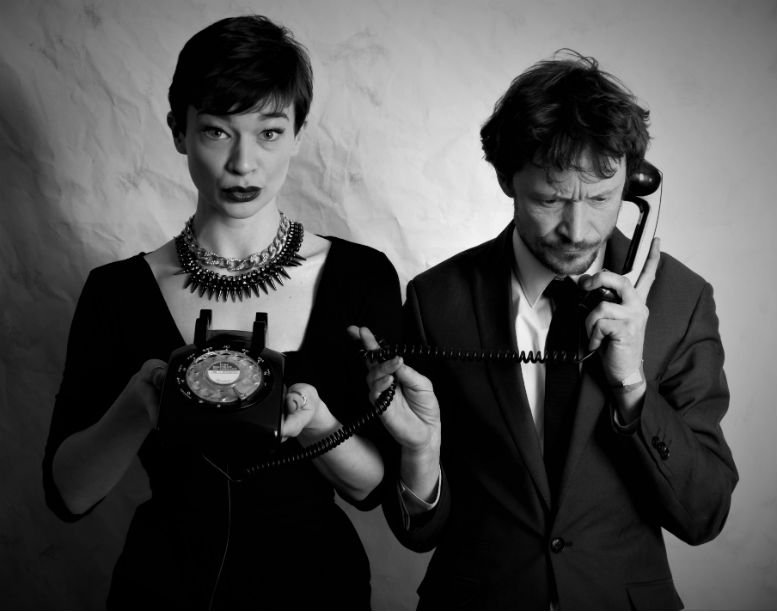 Vienna Ditto’s latest EP Ticks – out Friday 13th May 2016 via Ubiquity Project Recordings – is a collection of seven sonically-alluring sci-fi blues tracks that slip somewhere between a Quentin Tarantino soundtrack, a charity shop Bacharach-on-the-Moog-Synthesizer album and a bad night on the brown acid…

Hey Vienna Ditto! How are you today?

Pretty good, thank you! The sun is shining; the flowers are blooming, I’ve been watching waterfowl fight and fornicate all morning- feels like Spring! I live on kind of a houseboat/shack and the Winters can be hard, so this time of year is pure joy.

How did you come up with your band name?

A drunken game of ‘Exquisite Corpse’. In the confusion my itinerary for a Eurorailing trip was used was mixed up with some of the doggerel we’d come up with. We found that we’d summoned up a fantasy person, which is always interesting.

Your new EP ‘Ticks’ has been described as “somewhere between a Quentin Tarantino soundtrack, a charity shop Bacharach-on-the-Moog-Synthesizer album and a bad night on the brown acid.” – that’s quite a description! How did you you manage to create this incredible sound?

A bathtub and a variety of ingredients found quite easily in a household kitchen and/or local pharmacy. I dunno actually; recently we’ve been quite obsessed with music that was never intended for an audience, or only for a very limited audience. Outsider music, I suppose gospel singers who recorded songs in record booths for their congregation or as a form of personal prayer; strange school ensembles making music for drama productions. I’m particularly fond of people who build their own synthesisers and then use them to make mad lo-fi concept albums about the second coming of Sci-Fi Jesus, or whatever (Bruce Haack, I’m thinking of you). We’ve been trying to make music with that in mind, as if no-one’s gonna hear it- and hardly anyone does, really.

We’re just cutting our first album Circle to vinyl, which means that someone can find us in a charity shop in the future. So job’s a good ‘un, really- we can split up now and I can become a full-time alcoholic. 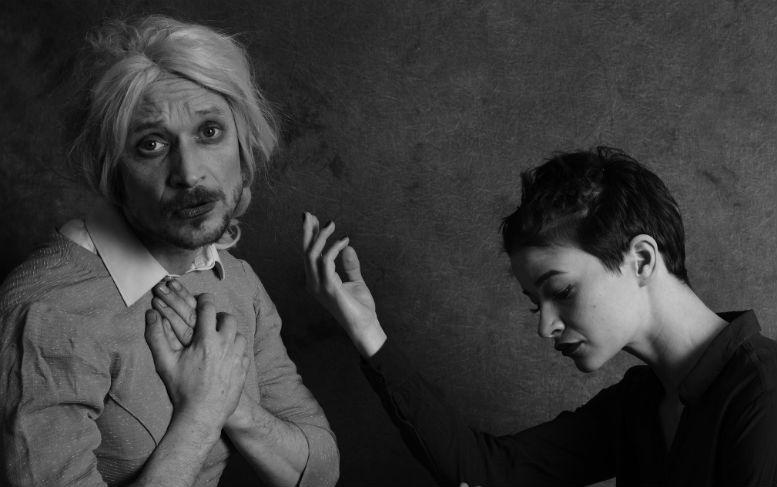 Kill Bill- love the RZA’s soundtrack to that one.

What’s your favourite ever film soundtrack?

Ah now that is hard…There’s an awful lot of John Barry scores that get a lot of play round here, particularly The Ipcress File; I’m a big fan of Sixties schlock-horror things like Vampyros Lesbos and Seventies synth stuff like Giorgio Moroder’s score for Midnight Express. My fave is probably Bebe and Louis Barron’s soundtrack for The Forbidden Planet, because it was totally avant-garde, a massive commercial success, and featured the sounds of machines possessed of a very primitive intelligence destroying themselves.

Your new single ‘Ticks’ has had me humming along for days! What’s the story behind it?

It’s a twitchy paranoid song about having your identity stolen by a friend.

What’s your EP all about?

They form a soundtrack to the film Metropolis, funnily enough. There’s a song about being a ghost in love; a rant about the monetary system in the style of The Andrews Sisters and The Android Sisters- we’re absolutely gutted we forgot to put our David Cameron sample on that. Actually he gets short shrift in our cover of Go Down Moses too. There’s another gospel cover; Motherless Child which is fairly self-explanatory; and a thumpy kind of screw-you love song called Come Back. My Way of Missing You came out of watching the entire works of Adam Curtis, who makes documentaries using left-over BBC footage- particularly Bitter Lake, which looks at the unintended and horrific consequences of the American/Saudi oil deal of that name in WW2. It manages to be incredibly beautiful, deeply disturbing and uncannily prescient- one of the final images is of Abdelhamid Abdaaoud (it was made a couple of years ago).

Any gigs coming up soon?

Yes indeed! Our first proper UK tour, we’re about half way through, but: