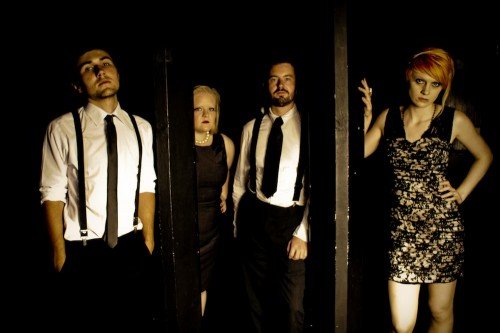 The Indie Handbook recently described the band as ‘Gothic, in the Revival sense’.

Indeed, there is a bleak beauty at the heart of this outfit.

Working with renowned producer Jason Rubal (Dresden Dolls, The Cure) on their debut album helped Birdeatsbaby to exercise and channel their dark, musical demons in a bigger, defined and confident way.

‘Incitatus’ displays all the hallmarks of a band wishing to progress their sound as evidenced by the doomy, digitally refracted re-mulch courtesy of Avon Bosco.