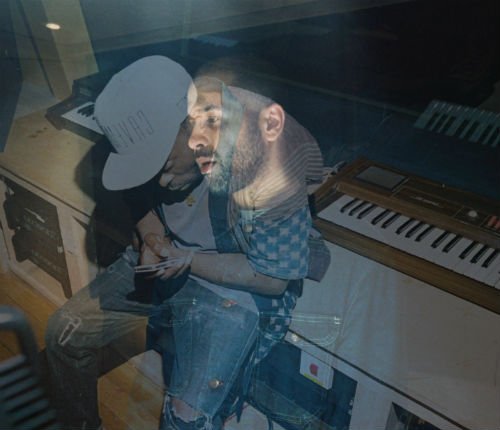 Stimulating London based duo We Are Shining – Acyde and Morgan – share the video, directed by Carl Addy, to accompany their powerfully psychedelic red-blooded number ‘Road’, taken from their rather surprising debut album ‘Kara’, out now on Marathon Artists.

On the video, Carl explains:”The song has a strong psychedelic feel to it, I wanted the promo to be a modern take on vintage film techniques, hinting at old seventies Psycherock, but with a more distinct London eclecticism. Cinematic grainy footage re-appropriated in a modern context. The guiding concept was to imagine this video playing out in a puddle at the side of a road, small moments of clarity amongst abstract shapes and lights. Trippy reoccurring flashbacks matching the music’s looping soundscape. All the effects were shot in camera. A technique using projected footage reflected onto water and varying surfaces like molasses and perspex, manipulated by hand in time to the music.”