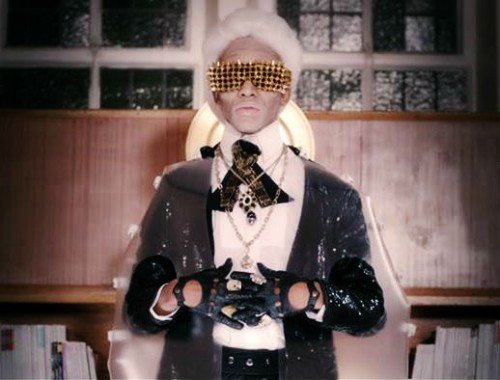 Cape Town based Kwaai diva Umlilo, shares his new fashion funeral/video, directed by Katey Lee Carson, for ‘Chain Gang’, the second single lifted from his forthcoming ‘Aluta’ EP released via NaasMUSIC. The rather interesting track, was produced, mixed by Umlilo and recorded by Shaun Acker, explores the dark, pretentious and ever fleeting world of modern gangs, where money is the currency and fashion is the religion.

Umlilo explains: “We live in a world where people keep getting gunned down everyday for all sorts of reasons they cannot control from skin colour, religion, poverty or sexuality. At the other end of the spectrum is this vacuous pursuit of money and bling. It all has a chain effect making us all part of a chain gang whether we like it or not. The song explores this perpetual cycle to survive, to live and die with dignity in this modern jungle.”

Carson says: “The concept of Chain Gang was inspired by Umlilo’s track as well as the current state of youth culture in South Africa. I wanted to explore the ‘scene kids’ and play with the notion of a church that the young and hip would attend, a dark portrayal of a place of worship where deities are replaced with fashion designers, labels, shoes and gold. I wanted to imagine what would happen if these scene kids had to attend a funeral, and express the idea that for the youth very few things carry meaning anymore.”