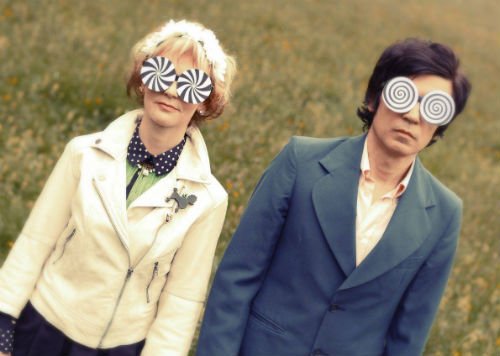 Coventry & Barcelona-based band The Primitives, describe their sound as “…like a cross between a car crash and a nursery rhyme…” Fronted by indiepop blonde bombshell Tracy Tracy and Morrissey-approved (naming them as one of his preferred bands), The Primitives (Tracy Tracy, Paul Court, Tig Williams & Raph Moore) return with ‘Spin-O-Rama’, their brand new uplifting Sunshine Punk number, taken from their new album, also called ‘Spin-O-Rama’, released on 13th October.

The single is available on clear 7″ vinyl and digitally, with bside ‘Up So High’, which is a cover of an obscure mid-60s US band The What’s New.

Check them out at The Garage in London on Saturday 18th October, tickets available HERE