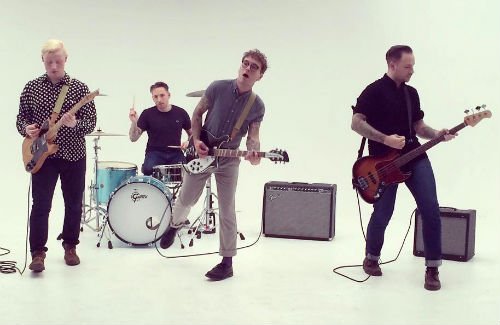 Punk/Britpop band The Ordinary Boys return with this clever new video for the freshly upbeat single ‘Awkward’. In their own words: “After spending that last few weeks sewing eyelashes onto puppets when we should have been practicing for tour, we are very excited to show you the video for our new single ‘Awkward’. It feels great to be back!”

Preston explains: “In a busy world you probably didn’t notice that The Ordinary Boys had gone anywhere. Nevermind, we’re back(!). Awkward is the first song from the Ordinary Boys since we teamed-up with Louis Jones from celebrated power-pop band Spectrals. I met Louis stage-diving at a Cribs gig when Spectrals were supporting and knew immediately I wanted him to be my new best friend/collaborator. 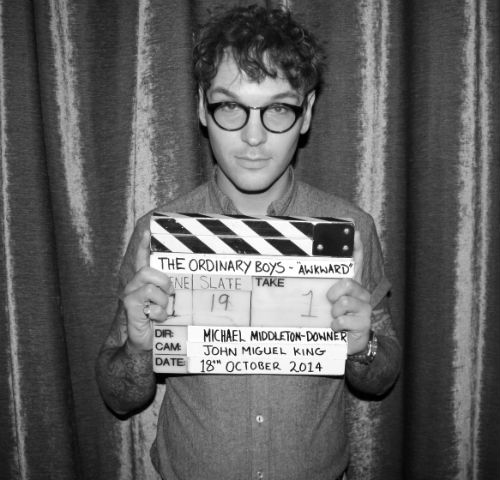 “I had been songwriting with John Newman and Chloe Howl and had even had a number one with Heart Skips A Beat for Olly Murs but hanging out with Louis, all we wanted to talk about were the punk and hardcore bands that had made us pick up guitars and form bands in the first place.”

“Admittedly, The Ordinary Boys had wandered pretty far from the sound, energy and ethos that had garnered respect for of our debut album Over The Counter Culture and earned us our still-loyal fanbase. So… I made Spinal Tap-esque phone calls to bassist James Gregory and drummer Charlie Stanley who I hadn’t played with since that record. After promising several times that it wouldn’t sound anything like the questionable third album, we met for some beers and started rehearsing. We were 15 again.”

“Awkward, on which Louis and I share vocal duties, is a taster of things to come. It’s a glorious hymn to saying the right thing in the wrong way, a bittersweet pop punk paean to messing things up. We think it’s pretty special…”

The band is currently working on their new album with Rory Atwell (Vaccines, Veronica Falls, Palma Violets) and MJ from Hookworms to be released early next year…​