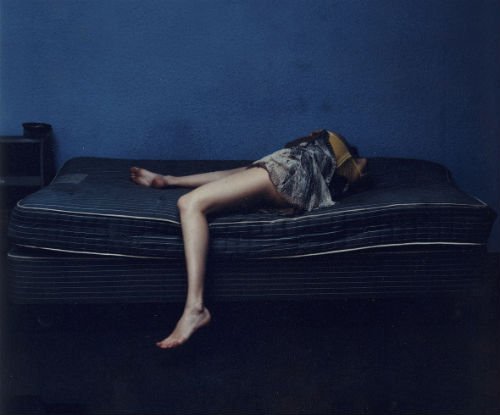 Pursuing her modern take to folk, Marika Hackman reveals the video for ‘Drown’ (out 8th December), the first single from her debut album, ‘We Slept At Last’, released on 16th February 2015 via Dirty Hit.

Marika points out: “The song itself deals with the idea of suffocating on the power of human emotion and finding it painful yet strangely euphoric in a masochistic way. With my music not a lot of people pick up the underlying violence within the lyrics so I wanted to create a video that would indulge in the dark but beautiful intensity of these words. Working with the directors, Brian and Karl, we drew inspiration from the works of American video artist Bill Viola and the way he contrasts human subjects with the black voids he places them in, to create an erie beauty and serenity which simultaneously belies the violence of what is actually happening.”

‘We Slept at Last’ is produced by long-term collaborator Charlie Andrew (Alt-J) and is available to pre-order on iTunes.