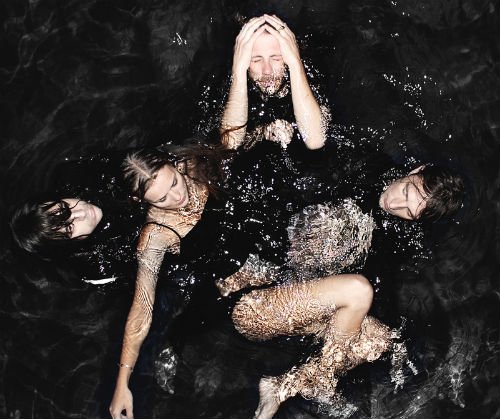 IS TROPICAL – Dominic Apa, Gary Barber, Simon Milner + new vocalist Kirstie Fleck – share their new video for ‘On My Way’ and they announce a UK and European tour for this spring. The video was directed by the band’s guitarist Simon Milner, and it is a homage to Gaspar Noé and his work with Animal Collective.

Their modular third LP ‘Black Anything’, was recorded across five continents and it’s released in five parts on 10” Vinyl via the newly founded, New York based Axis Mundi Records. The first two songs from the album are the splendid ‘Crawl’ and ‘On My Way’.

Here’s the video for ‘Crawl’.

The ambitious project will be released in five 10” transparent picture disc installments, containing two tracks per vinyl. When displayed on top of each other, the five vinyls create the globe, unifying the concept as a whole. “Each vinyl will be an art work and a tribute to the continent it was recorded in. It is being made available worldwide without prejudice to territories. The records are being promoted through local networks of people who are inspired by the project”. ‘Black Anything’ (Pt. 2) is released in March.