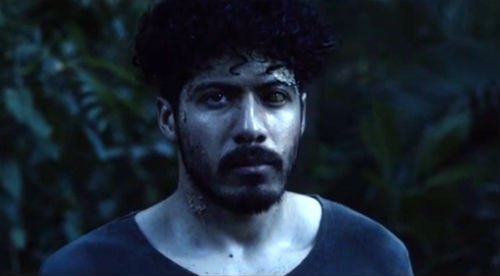 Oxford’s Glass Animals share the video “with snakes and Mexican men, an opium den, a jungle and an iguana”, to accompany their new single ‘Black Mambo’, released on 23rd March via Wolf Tone/Caroline International. The smooth and darkly addictive tune is lifted from their splendid debut album, ‘Zaba’.

The interesting video was shot in Morelos, Mexico and it was directed by David Helman (Joey Bada$$, Flying Lotus, Blu). The director explains “The concept for Black Mambo started with this theme of deception. As I was working out ideas and listening to the track, it always felt like the lightness of the melody was a mask for some darker narrative. The rest of the concept slowly grew from there where I began to develop this rabbit hole storyline and started blending that with the imagery from the album.”