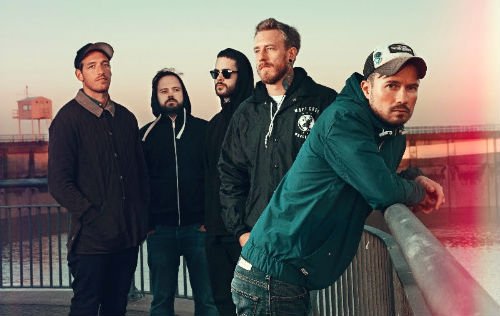 Funeral For A Friend unveil the video for ‘1%’, the first strong track from new album ‘Chapter and Verse’, probably their most hard-hitting record the band has ever made.

‘Chapter and Verse’ is released via Distiller Records on 19th January, 2015.

On ‘1%’ Vocalist Matthew Davies-Kreye says: “The idea for the track came from watching the news reports around and after the financial crisis hit; the anger at the banks and financial institutions that lined their own pockets off the backs of the hard working average individual. Theft at the highest level, no sense of remorse, even in the wake of exposure. Hand outs, bonuses, pay increases… It’s like someone rubbing egg in the face of the honest, hard working people who struggle, sometimes with two jobs, raising a family and only just being able to make ends meet.”.