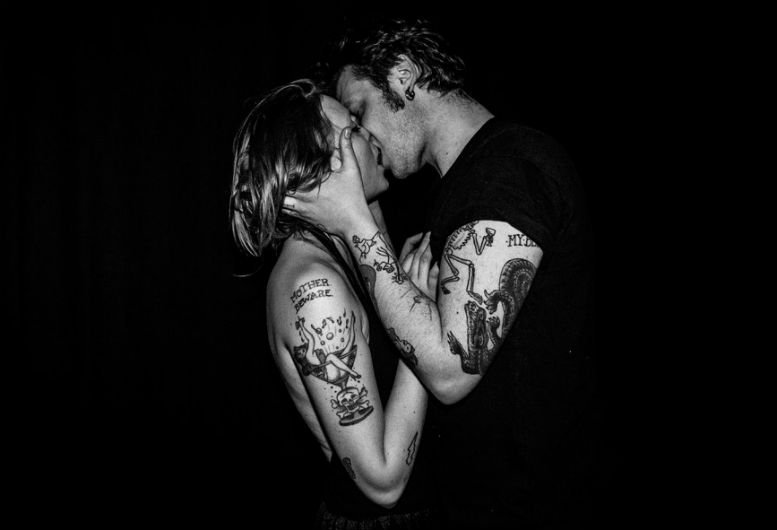 Proving that true love is divine…Swedish/Belgian avant-pop duo Victoria+Jean, release debut album called…‘Divine Love’ (out April 29 via FY Records). To get a taste of their chic, and alluring cinemascope-indie pop, check the vivid visuals by Anita Fontaine, for the album’s title track ‘Divine Love’.

LA-based Fontaine describes the video as: “A soap opera from another dimension…I was thinking about science fiction films from the 70s and dating shows from the 80s: they both have these kind of fake sets that look like they are falling apart…Everyone deals with love’s intensity in their own way—seeing Smokey vulnerable in her defeat reflects how slavish we are to our emotions. I wanted to shoot a kind of anti-suicide film on top of the Golden Gate Bridge for it, but over time the idea sounded unbearably cheesy” she concludes “Now, it simply celebrates the oddness of love.”

‘Divine Love’, is a truly collaborative project, has been recorded during two years all over the world. “We wanted them to have fun,” Victoria explains. “We gave them