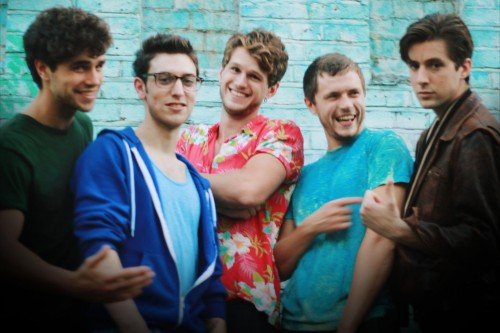 With a live show on Sep 28th in Reading, there was not a better time to talk to them:

Who are the band members what do each of you do in the band?

Rory on drums, Ollie on keys, Oakley on bass, Andy on guitar and myself, Sam on vocals.

What kind of music do you make?

Someone once said it was ‘neo swamp soul’ but I’d like to think its a crossover between Harry Belafonte, Flying Lotus and The Doors

We had all been playing music around each other for years but in separate circles. Andy and I were writing songs ever since we met, Ollie and Oaks likewise in an old water tower on the other side of town and Rory was playing in bands on the local scene.

One summer when Andy and I’s old band broke up, it coincided with me meeting up with Oaks after about 14 years to clean out a crummy barn. By the end of the summer Andy, Ollie Oaks and I were in a band looking for a drummer.

Due to some sort of girl-triangle situation and watching him play on a night we put on, we asked Rory if we could have a jam with him. He blew us away and here we are. 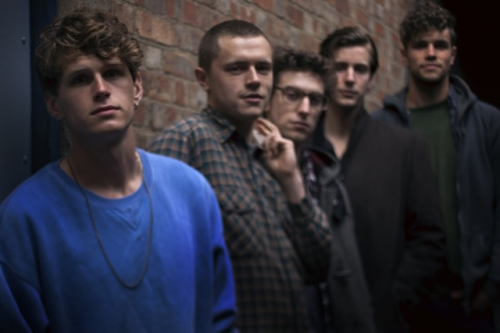 Learning to switch off from it. Thinking about the band and the music all the time isn’t healthy. This costs girlfriends. That and petrol station food is pretty filthy.

We had LOADS of hair. We had three guitars. The sound was a lot dryer, harder and cracked. We also used to tour anywhere, like any band, just to gig. Leeds one night, Southampton the next, back to Aberdeen, off to Cornwall the following, paid on beers, which seemed pretty usual.

Now we plan better. We also changed two guitars to an organ and keys to free up some space in our sound. I think the sound now is what we always thought we had when in fact it was a wall of dry grunts and feedback. 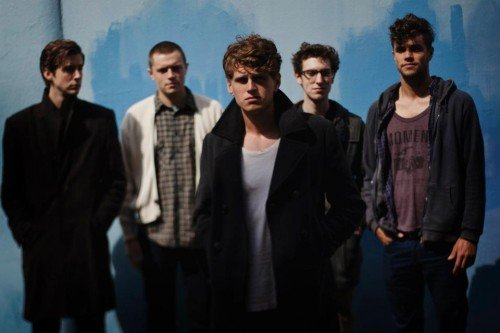 It was at Farr Festival. It was cool, numerous thudding kick drums in an idyllic woodland with lots of people in sunglasses at night and little beer.

We recorded or first album in LA which we got a lot of joy from. Either that or our first European Tour. Well done Europe

Who has helped you the most get where you are today?

I think first and foremost it would be each other. We are pretty close and open as a group, helping each other put up a shelf, get better or telling each other if they are being a dick. Without that we wouldn’t get anywhere. Closely followed by our mums.

We are releasing a video a month, till December when will release Hotel Monsoon on vinyl with a whole load of other cool stuff. Loads of shows and lots of work on our next release.

Not at all. I think nowadays there are no boundaries or rules to which a new band must adhere to in order to get somewhere. Song structures, artist collaborations, remixes, crossovers, live shows and recording techniques are constantly evolving and getting more creative.

Fresh and original music is what is driving todays industry. Yeh, of course there is lots of talk about the chasm that Napster has left but the music, people that make it and people that listen to it will always be there.

Nowadays it is pretty key to reaching the masses. It can be done without it of course and sometimes word of mouth is far truer than The Stat. It has made the potential fanbase global from the start.

All you need is a little luck and shit loads of drive. Though I’d hate to think that the music industry or the musician themselves leans on it or bases their whole career around it.

Quick-fire questions:
Who’s the messiest in the band? Rory

Who is hardest to live with on tour? The promoter

Who is the joker and why? There are multiple comics

Who moans the most? Andy when he sleeps

Oaks found Roz with beer cans duct taped to his hands, naked, asleep on a girls bog once on Merseyside.

Who is the loudest? Rorys drums

What’s the most embarrassing thing someone in the band has done?

I lost an entire German beer rider for six lads on a HUGE night in Berlin once. That was crushing. I made a deal to get another. Dont ask. Sam
vicesband.com
twitter.com/vicesmusic
facebook.com/Vicesband
©FAMEMAGAZINE.co.uk