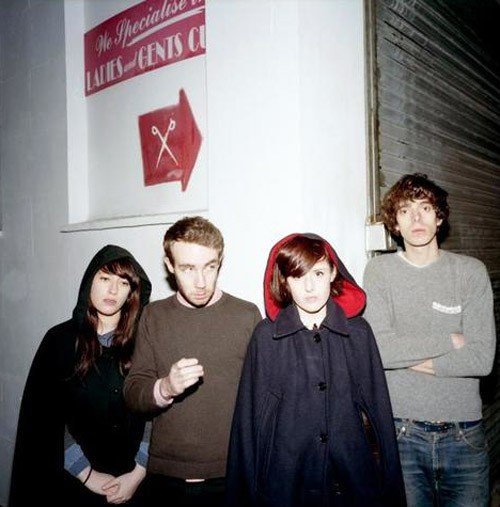 After a slew of critically acclaimed singles and well-received shows both here and in the US, the quartet of Roxanne Clifford, Patrick Doyle, James Hoare and Marion Herbain, otherwise known as Veronica Falls are returning this autumn with their much anticipated debut LP, released in October on Bella Union.
Come On Over by Veronica Falls
Anyone who has heard their previous tracks – the sweet yet macabre love song “Found Love in a Graveyard” and the surf-pop death swoon of “Beachy Head” – will be familiar with the Veronica Falls modus operandi: gorgeously crafted, instantly addictive pop tunes with a dark, unsettling undertow.
VERONICA FALLS LIVE DATES
OCTOBER
20 // LONDON, Lexington
21 // CARDIFF, SWN festival
22 // GLASGOW, Captains Rest
23 // MANCHESTER, The Castle // h