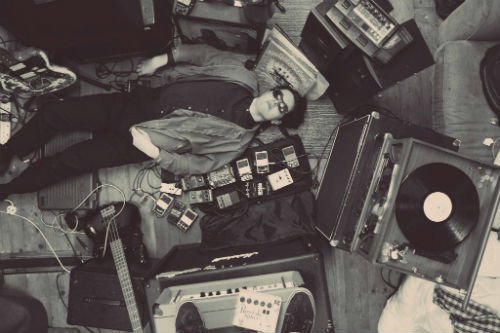 First up, why did you pick your band name?

Our last band name was ”The banana club sandwiches” and the majority of the band had gone to university so we had the idea of essentially starting a new band with a new name and one that my bass player john came up with i instantly liked and this was velvet morning which some people take it from lee and nancy but it wasn’t in any way.

It says different things to different people which im kind of enjoying. The last name was out of not caring but this came around differently and we took it as it came. There was no struggle wondering if it was right or not. 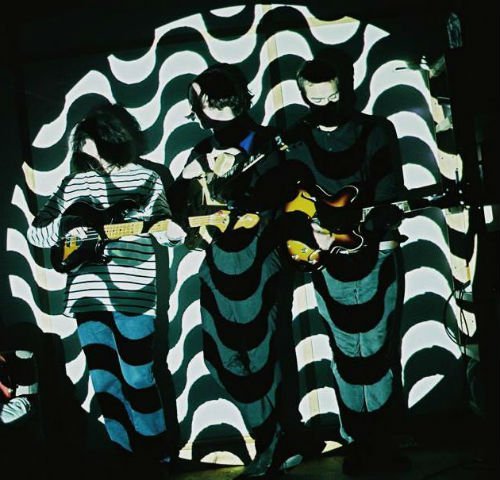 What’s the idea behind your debut EP ‘Velvet Moon’?

The idea is making fictional rock and roll and the idea of creating ‘far out’ pop songs with a lot of attention to melody and the use and exploration of interesting sounds.

How has your sound evolved since you first began playing music together?

Generally mostly in the studio because my writing process will start with my vocals and basslines then will evolve when we have the necessary apparatus around us if you like to make the ideas more vivid. 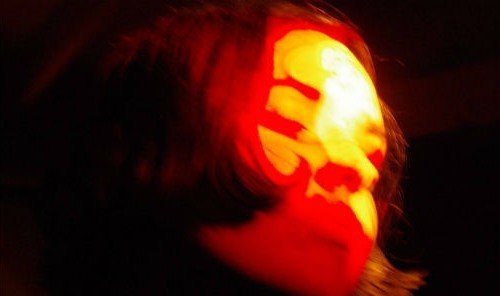 It started as more of a bunch of songs i had spent time recording and messing around with various recording techniques maostly being pretty lo-fi so we basically just arranged those songs and naturally it all evolves when you start playing them together.

The way certain imagery makes me feel effects our music i think and i suppose certain bands do as well but the bands that work their way into my music are bands that have effectively influenced me myself, changed me even and they have to be special but for us the idea behind discovering our own sound was originality being key. I spend a lot of my time on my own music. A current designer im enjoying: Tristram Landsdowne. Current band im enjoying: Tomorrows Tulips…they are special 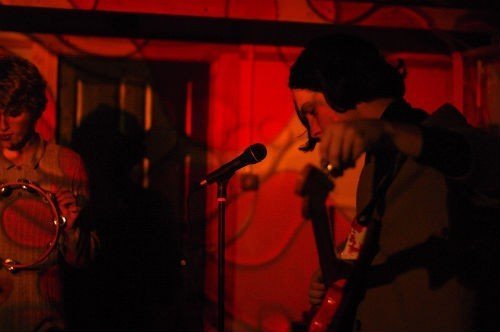 What are your fondest musical memories in your house in Southend-on-Sea?

There are lots of fond memories from the band over the last two years from when i first started properly writing music. Our rehearsal space is of no charge so naturally we have spent a lot of time there playing, writing and listening to a lot of music and it has become something of a celestial sanctuary. If it wasn’t there we wouldn’t have started the band basically.

What artists do you have on your ipod or mp3 player?

I don’t actually have one. I had one once but lost it in probably two days? I am an avid record collector and have been since i was about 15 which is kind of strange but i get more from it i think its something to of a mixture between the love for sleeves and the ritual of it, making effort to listen to music.. crazy right..

What’s the last book you read?

A very irregular head: The life of Syd Barrett. Syd is one of my all time hero’s after reading this book, ive just finished it for a third time. It was initially bought it as a gift from my mum and i was drawn in by graham coxon’s forward and i was enticed from then on. After the book i listened to piper at the gates of dawn and mad cap laughs but only once i had finished it and it was everything i thought it would be..totally fascinating fantasy.