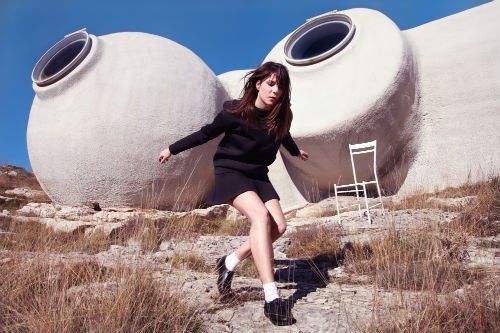 Check out Velour Modular’s brilliant slice of electro-pop of ‘Forward’, an experience created by singer Guilhem and produced by Hektagon. Their ‘Capsule’ Ep is out in January 2014.

Guilhem was born in Cannes but grew up traveling around India…London based Spanish producer Hektagon’ remixes include Alex Paterson from the Orb, Baobinga, ID and more.


The two of them bonded over a love of old futurist movies like Blade Runner, Logan’s Run etc, and built the project with retro-futurist ambitions in mind.

Guilhem explains: “We had common obsessions at the time – old futuristic movies such as Logan’s Run, Blade Runner, 2001 Space Odyssey or The Never Ending Story. All this sci-fi period, with the debut of electronics and the sounds related to it, was the soil of our creation and you can clearly hear that retro-futurist sound with the 8bit, “bips”, old connection system noise…ect.. It was really important for us to construct a real storytelling: we were focused on doing a kind of “black box” that could testify of a lost world”