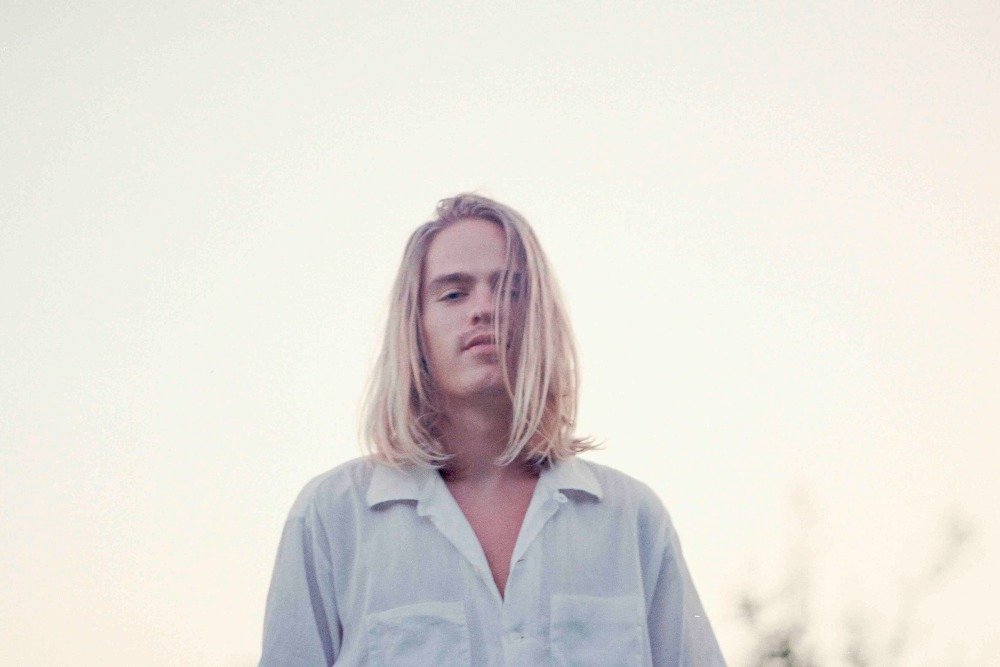 Amsterdam songwriter and multi-instrumentalist Sebastiaan van Ravenhorst – aka Van Common – returns with a rather refreshing slice of indie-pop, called ‘Moonlight Blue’…”A connection that envelopes him when the rest of the world is sleeping”.

Hi Van Common how are you today?

What’s your new single ‘Moonlight Blue’ all about?

I tend to stay up very late at night, or early in the morning I should say. When I’m recording music and go outside for a smoke, I stare at the sky and think about anything that comes to mind. It feels like it’s just me and the moon while the rest of the world is asleep. In the song I write about being scared to be left alone, relating it back to a more human relationship. One night I came up with the chord progression, and around 8 in the morning I finished recording and fell asleep while listening to the demo on my phone.

And how would you say it differs from your last single ’This Afternoon’?

I think the structure of this song is a little more straightforward. I wrote them both in the same beach house in the same period of my life. ‘This Afternoon’ was the first song I wrote for this project and it was actually an accident. It was the kind of song I didn’t think I could write, but it made me really happy listening back to it and gave me confidence to keep going. ‘Moonlight Blue’ came shortly after.

You’ve been in other bands in the past, but what inspired you to go it alone?

I’d always wanted to try and make a record by myself, but it just didn’t feel like the right time yet. At one point the band that I was playing in started to fall apart, and a very intense relationship that I was in at the time was also coming to an end. I was really lost for a while, but diving into this new thing I found something to channel those feelings to. It gave me more piece of mind in the end.

Who would you say are you biggest influences musically?

It really changes all the time, but right now I would say Wild Nothing, Porches, Father John Misty and Destroyer are the big ones. I’ve also been obsessed with (Sandy) Alex G after listening to his entire discography on a road trip through the US. It was incredibly trippy and beautiful at the same time.

Would you recommend any bands from the Amsterdam music scene to our readers?

Some of my favourite artists from Amsterdam right now are EUT, Zeeland, Bungalow and Pitou.

What inspires your songwriting process?

Inspiration can come from anywhere for me. Sometimes it’s a concert, a conversation I hear in a café or something I’ve experienced. I like to change things up while recording though. Switching instruments, finding new sounds to write from.

I don’t really know how to answer that, and I don’t want to think about it too much. The industry is so complicated and unpredictable right now. And even though I’m definitely part of it, I just don’t want to waste any time calculating my career. As long as I’m creating and releasing things that I’m proud of I’ll be fine. Whatever happens, happens.

For those who haven’t seen you play live, what can people expect from a Van Common live performances?

It’s cool that you ask, since I just got a live band together last week. The past year I’ve been playing a lot of solo shows, just because I never did before and wanted to try out new material while travelling. I usually only sing and play electric guitar, with a few loops here and there. With the dreamy atmosphere of the songs I think it works really well. But I’m also very excited to start playing with a band. We start rehearsals very soon and the first shows will be in September.

Finally, what does the rest of 2018 have in store for Van Common?

The release of the full EP, recording the next one, and hopefully a lot of touring!