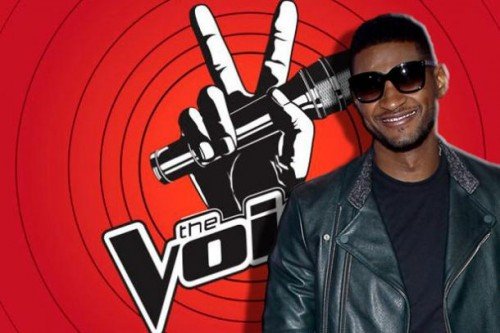 It has just been announced that Usher and Shakira are joining the judging panel of “The Voice” which is a huge shake-up for the Emmy nominated singing show, namely that they are now doing two seasons per year and Christina Aguilera and Cee-Lo Green won’t be judging year round.

Hollyscoop talked to the new judge this weekend at the iHeart Radio Music Festival at the MGM Grand in Las Vegas about his new gig.

“This is an opportunity for me to allow [audiences] into the world and into that process of [artist development]…it kind of gives credence to what artist development is truly all about and [the Voice], I think, is really sustaining the artists of the future,”

Usher tells Hollyscoop, “The point is, being a part of ‘The Voice’ gives me that opportunity to not only spot talent but nourish it and also allow the world to be a part of that process.”

Usher says what intrigued him about “The Voice” is that it’s the voice that matters most on this show.

“The cool part about ‘The Voice’ is that it starts with the voice and obviously it’s going to end with the voice. If you make an incredible record, it lasts forever.”

Usher, along with Scooter Braun, are credited with discovering Justin Bieber, so obviously, fans are pretty excited about what kind of up-and-coming talent Usher will find on “The Voice.”