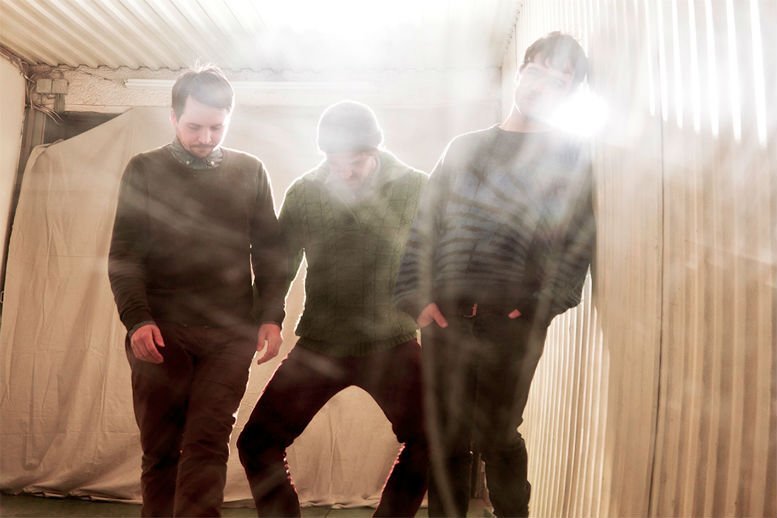 Ok Urban Homes…Tell us everything we should know about your album.

Our new album bears the title ‘Jams’ and was recorded and produced over the course of the past three years in our little studio in Cologne within Klubgenau, an off-space venue that we helped set up and run for the past six years and that recently shut down. It was mixed earlier this year by Jan Philipp Janzen (Von Spar) at Dumbo Studios and mastered by Cem Oral at Jammin’ Masters in Berlin. Sonja Deffner (Die Heiterkeit, Jason & Theodor) created the trippy album artwork which may or may not have a connection to the Peruvian jungle. Then we invited Hanitra Wagner (Ωracles and Die Heiterkeit) to provide some extra vocals on three of our songs, which she beautifully did. The album will be released on November 18th on Altin Village & Mine on CD, 2LP and various digital formats (http://shop.altinvillage.de/product/urban-homes-jams). It’s pretty long (almost 80 minutes) and very good.

There has always been a clash of different and ever changing musical interests within Urban Homes. We listen to all kinds of music on a daily basis and can appreciate pretty much anything as long as it is good and manages to touch us in some way or another, whether it be Trap, Brazilian Tropicalia, Neo-Classical Piano pieces, Thrash Metal, Noise or Afrobeat, to name a few. More specifically, our main influence may have been Electronic Music in general, certain reference points in its history and our semi-successful attempt to find out about the way it is being made. The general vibe during the album’s creation was one of friendship, good times, not caring too much and not taking ourselves too seriously while trying to create and recreate magical moments through music.

We’ve come a long and very slow way. We all played in bands before and knew each other in some way or another. Stephan and Benjamin had been loosely playing music with different people for a while and then, after Oliver joined, Urban Homes was founded and first live shows happened. Looking back now, it’s funny how our beginnings were so much different form the way we operate now.

As corny as it sounds, but we draw inspiration from pretty much everything, from the things we see and experience in life – positive and negative. Unlike with our previous bands, the first step is not necessarily to write songs but to create sounds which evoke certain moods and atmospheres or have some sort of musical reference to it. The biggest inspiration probably was the whole learning process about electronic music, how it is produced, how sound synthesis and sequencing work, its history etc. We’re still not super savvy about everything there is to know, and try to keep it that way on purpose, in order to keep the magic that comes with naivety well and alive.

Every song on our record is the result of often very long and free jam sessions and improvisations in our studio in Cologne. Every time we met there, we just fiddled around with different sounds on our synthesizers, guitars, drum machines or some newly acquired equipment, not even trying to master all the different instruments and machines. Rather, the machines talked to us. We didn’t really have a concept or objective in mind. It just happened. We recorded pretty much everything, kept the parts we liked, refined them, gave them some sort of structure, shortened the whole thing and then started all over for like a gazillion of times. Hence the title of the record “Jams”. We deemed it quite a fitting description for the whole process of making the record.

We’d love to write an instrumental where Phil Collins, Justin Timberlake and Rihanna would each have their very own and distinct verse then and all three of them do the chorus together.

We’re currently working on an entirely new live set. It will be loosely based on a couple of tracks from our upcoming record but also very different from the studio recordings and semi-improvised, quite chill and relaxed. We are going to play some shows in December in order to celebrate the release of our record and then tour extensively, play festivals etc. next year. Stay tuned.