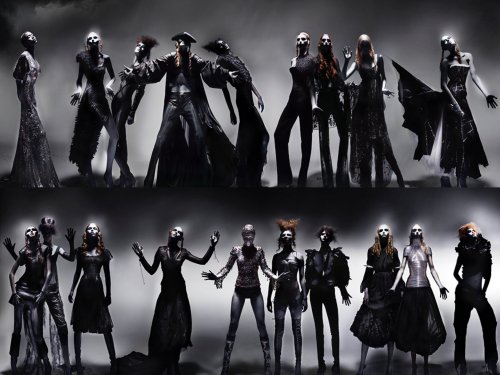 These are the striking images created by top fashion photographer Nick Knight, using unseen photography captured backstage at the iconic 2004 American Express: McQueen Black Event, which was co-hosted and curated by Alexander McQueen. 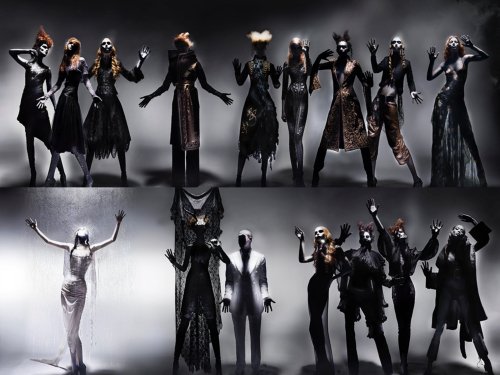 Nick Knight says: “As a close collaborator and friend of McQueen, I had the honour of filming many of his photo shoots from the mid-nineties onwards.

McQueen was so excited as he neared the completion of the collection for the American Express Black event, he insisted we found a way to shoot it behind-the-scenes at Earls Court where the show was being held.

He knew the Black Event was an important moment that should be preserved and shown to the world, so this project has been a great way for me to reflect upon and celebrate our working relationship.”

Alexander McQueen: Savage Beauty is at the V&A, London until 2 August, in partnership with Swarovski and supported by American Express.