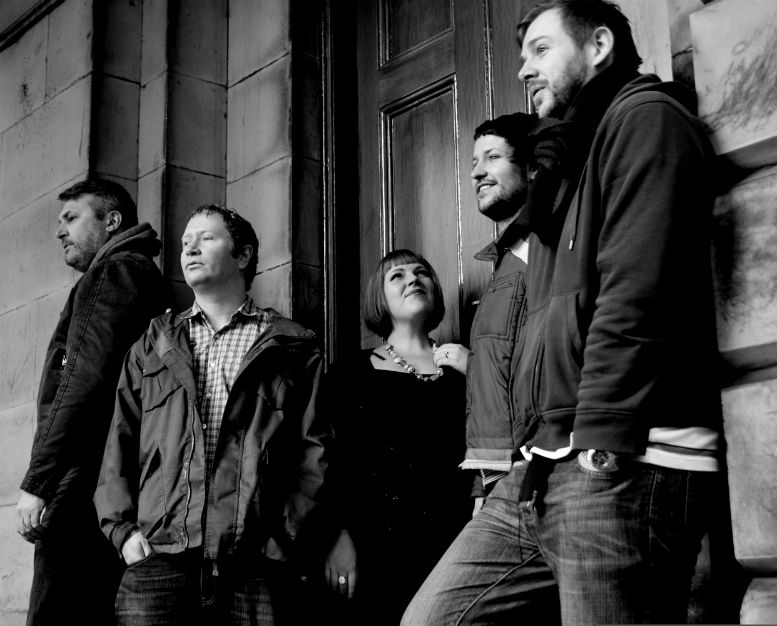 Universal Thee – James Russell, Robin Spivey, Lisa Russell, Andrew Perrie and Matt Grieve – have released the second single ‘Speaker’, from their upcoming album ‘All Watched Over By Machines of Loving Grace’. The track which is literally a love song to a speaker is the most open display of love for an inanimate object since Aqua’s Barbie Girl.

Thankfully the comparison to the 90’s travesty ends there, as Speaker is in fact a great slice of indie-pop. Harking back to classic Ash or Pixies, melodic guitars are paired with some great male/female vocal harmonies in a song that is only too happy to get stuck in your head. It is a great advert for what to expect off the band’s upcoming second album.

The accompanying video, which is well worth a watch, sees us follow a speaker around Edinburgh through the highs and lows of life as an individual in modern society, searching for companionship, acceptance and direction, three very relatable problems…except I guess he can also be used as part of a stereo system.

Having played several shows in support of the excellent Ded Rabbit and appeared at Kelburn Garden Party Festival they have started to make a name for themselves in their native Scotland and are now turning to spread their name around the UK and further afield!

‘All Watched Over By Machines of Loving Grace’ by Universal Thee is out 19th February via Eventual Heirs Records.