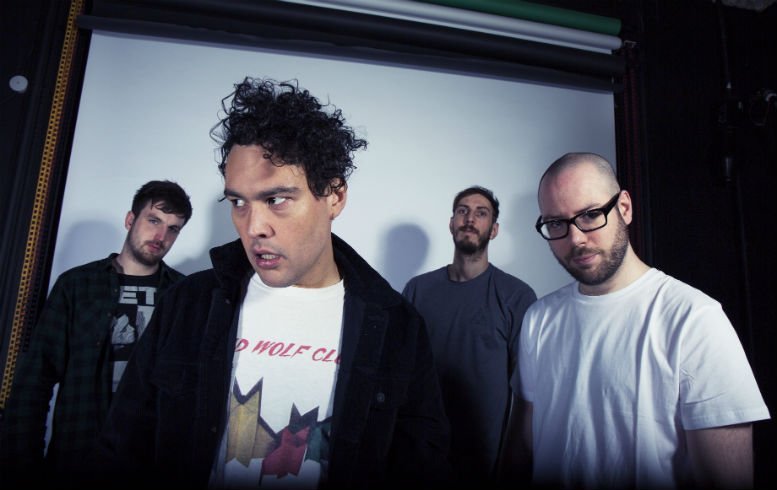 
Hi United Fruit! How are you today?

We recorded it at 45-aside studios with our good friend Bruce Rintoul. We wanted a bigger sound with this album to what we had on ‘Fault Lines’. The songs are more direct, to the point but we’ve kept some of the more noise elements that we liked from the first record.

There was quite a gap between your debut and this latest offering, why was that?

The first album was pretty much our live set at the time we recorded it. We wanted an almost live sound for that album so it was all done fairly quickly. With this album, we wanted to make it more than that so we spent more time in the studio. It would be easy just to settle for something but we’re not like that. Some songs were scrapped completely because they just weren’t right. We’ll only put something out when we’re all 100% behind it.

What are the best and worst things about being a DIY band?

The network of other DIY bands and promoters in the UK and Europe is pretty staggering. We’re all in it together and everyone looks out for one another, whether it’s giving people a place to crash when you’re on tour or plugging another band’s record, it all helps. I think the worst thing for us is that it still feels hard getting some opportunities. Some people are still in the mind-set that if you’re not on a major label you’re not worth shit. But to be honest, those people aren’t worth dealing with so it’s pretty trivial really.

Your music has a great rock sound but still manages to maintain sing along pop choruses – how do you feel United Fruit fit into the ’scene’ right now?

I’m not really sure what the ‘scene’ is but I don’t think we’re part of one. Maybe when we started yeah, there was healthy post-hardcore scene that we seemed to fit in with but we’ve moved away from that. We’re just doing the music that we want to do and we’re not really bothered if it doesn’t fall into some category someone’s made up.

Glasgow is producing some brilliant bands, any recommendations we should check out?

The Cosmic Dead are insanely good at what they do. We’ve all got a lot of respect for those guys and they’re constantly on tour. The Van Ts are doing well at the moment – their songs are pretty accomplished for their ages and they’ve got that grungy sound that we like. There’s a band called Hiders who I haven’t seen live yet but I heard some of their recordings and I really liked it – sort of moody indie rock.

Aside from other bands, what else do you take inspiration from when writing songs?

Everything I suppose. I know that’s pretty broad but it can be anything from a line in a book or a scene in a film. Somethings just inspire you to start something then they evolve into something completely different.

If you could write the soundtrack to any movie past, present or future what would it be and why?

If United Fruit had a spirit animal, what would it be?

Falkor the luck dragon from the Never-ending Story

Finally, sum up your album in 5 words.

Full of Fear and Love