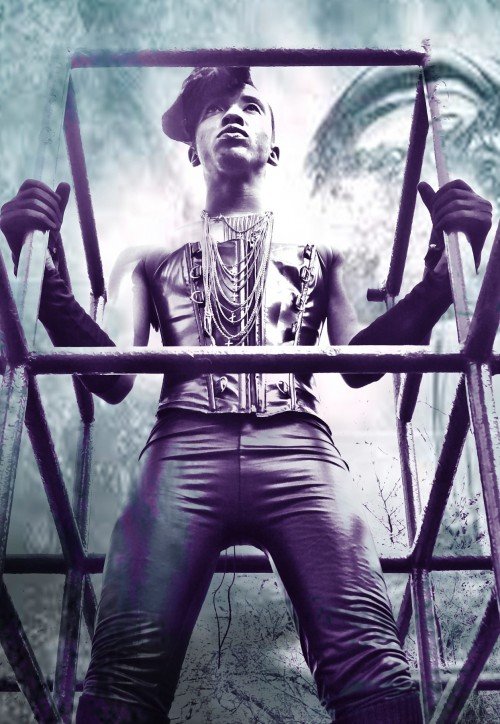 Cape Town (South Africa) performance artist/musician Umlilo has brought his ‘A game’ to the table once more with his latest single ‘The Elements’.

Umlilo has created a wonderful mix of synth pop, afro beats and much more here. The nice thing is that he has also came up with a wonderfully exciting series of tracks that involve the listener from the get go.

With that in mind Fame grabbed the chance to speak to Umlilo recently, here are highlights of our chat.

Hi Umilio, may we ask you what influences your music?

A lot of my music is influenced by a number of things, people, artists and events. I think I always try to work through what’s going on in my own head versus what’s going on around me and process it through my music, so its almost like therapy of sorts for me.

I’ve always been influenced by artists who always push the mark in terms of their aesthetic, sound and genre, it pushes me to have no limits or boundaries when I make a song. I like people who break the rules or operate outside of what we perceive to be “normal”, “normal” is boring, which is why I draw so much from queer culture and many little sub-cultures like the punks, hip hop heads or kwaito.” 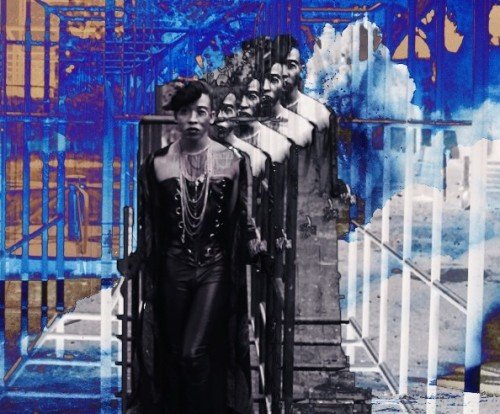 “At the same time, I always listen to so many different kinds of music locally and internationally, which I think influences my sound subconsciously. At the end of the day though, my music is quite personal and its my own experiences.

For example Living Dangerously, my first single featuring Kyla Phil was inspired by my mom’s house being raided by a Police Swot team. They invaded the wrong house, pointed guns at mother and she was traumatised by the whole experience. They left with a mere apology. She was shaken and I was shaken by her experience and the song just poured out of me.

In relation to that what can you tell us about this new release?

‘The Elements’ is just one of those songs that I wrote around the same time as my first release, it felt like they go together as a package. While Living Dangerously is more of a down tempo response to a personal event, The Elements contains all the range of emotions one feels when the world gets too hard to process.

It’s a twisted empowerment anthem that I felt I had to write for myself to be able to get over a lot of things and hopefully it would also do the same for other people. There’s a bit of darkness in the song but I also think there’s some hope, a glimmer of light.

There’s a line in the song that goes “The Elements have nothing on me” and that basically is a sort of encouragement that no matter what goes on around us, the violence, poverty, hate crimes, dictators, screwed up weather patterns, traffic, money, haters, we can all still stand tall and rise above all of that. 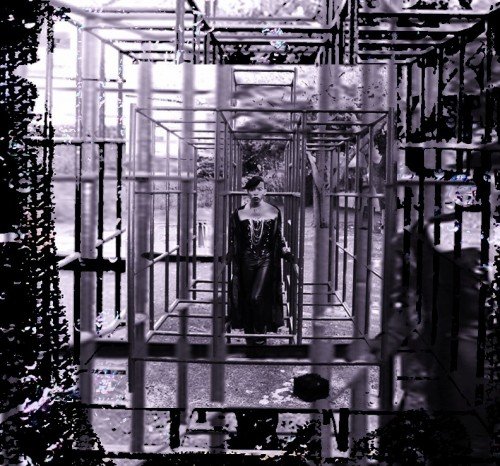 Can you give our readers an idea of how you create a new song/track?

My music is pretty much all electronic and made from my computer. I don’t really have a formula for making a song because sometimes I’ll get a melody or some lyrics in my head and then create something around that or I’ll sometimes make a beat and then sing to it or make the music while I write the lyrics at the same time.

Sometimes I’ll take versus from old songs I’ve written and re-sample them or take old beats and mix it up. It’s very reliant on experimentation so I will never be able to recreate every song exactly as it was recorded the first time, which is exciting to me, I’m still learning about different software and instruments and I hope I never stop learning more.

I use a number of different music production programs and toggle between them. I also sample sounds that stick out to me and experiment with every sound or vocals I record to give it the desired effect. When I made the songs on the EP, I was more influenced by a lo-fi sound that has a sort punk aesthetic, it’s messy, grimy and noisy sometimes.

If we gave you ten words to describe your sound/style to our readers what would you say?

May we ask you how you got into music and was it a hard journey to get where you are today?

I’ve been making music “in the closet” for as long as I can remember but only had the courage to pursue it in the past few years.

When I was younger, I was in choirs, different musical groups and bands and I studied Drama at Rhodes University and music was also quite nurtured as part of my craft at that time.

And yes, it hasn’t been easy at all, but I think hardship is part of the process and if something wasn’t a challenge, I wouldn’t want to do it anyway. What has made it easier is making up my own rules as I go.

Has your African heritage had an influence on your material and if so why has it done so?

I think anyone from South Africa is influenced by the country whether they like it or not. Just by virtue of growing up during a transitional democracy with 11 official languages, even more music genres, cultures, fashion, world views, religion and politics, it’s the perfect place for me or any artist to be inspired because its what we call a potjie of art, a melting pot of sorts.

What is next for you as an artist. Have you any live shows ect. our readers should know about?

I’m busy shooting ‘The Elements’ video directed by Jasyn Howes, it’s going to be insane. My biggest performance in the next while is happening on 28 September at Upstairs at Alexander in Cape Town, I’ll be showcasing some new songs, material and celebrating my birthday. People can check my Facebook and Twitter for more details on that and other performances.

What about festivals or similar events, are they things you would like to appear at down the line?

Locally I’ve been working on some scores for plays and working on a new performance art piece aswell as a new EP. I’m definitely looking to get involved with more Music and Art Festivals, art gallery happenings and special club events.

Internationally I’d love to perform at any of the Boiler Rooms, Sonar, Coachella, Sensation, Ultra Fest, Tomorrowland and the wish list is endless but I’d also like to collaborate with different artists and exchange ideas for music and performance art shows at different galleries, clubs and arts festivals worldwide.

We’ Finally can I ask you about you social life, what music do you enjoy listening to?