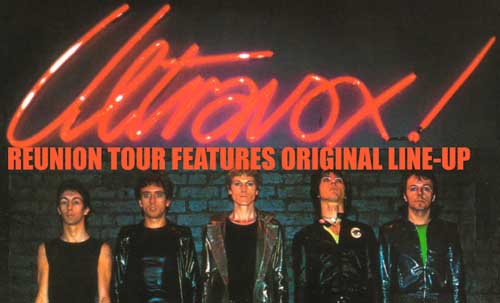 Ultravox have confirmed that they will play two Irish concert dates as part of their Return To Eden reunion tour. The band, which will feature Ultravoxâ€™s original 1980â€™s line up of Midge Ure, Chris Cross, Warren Cann and Billy Currie are getting back together for the first time since performing at Live Aid in 1985. 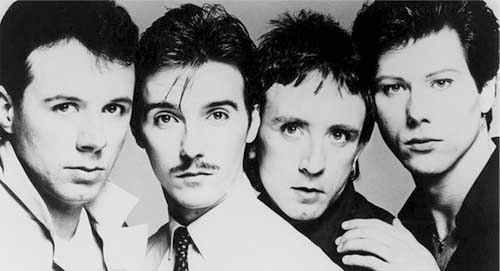 Ultravox will play The Olympia Theatre, Dublin on Saturday 02 May and The Waterfront Hall, Belfast on Sunday 03 May. Tickets will go on general sale this Friday 23 January at 9.00am from Ticketmaster outlets nationwide.

Commenting on the Irish concert dates Midge Ure said â€œWhen the band decided to reform I really wanted to make sure we had some Irish shows on the tour. I have lived and recorded in Dublin and so returning to Ireland will seem like a homecoming in more ways than one.â€

Fans can look forward to the band performing material from all their albums, including Vienna, Rage in Eden and Quartet.

Ultravox were one of one of the primary exponents of the British electronic pop music movement of the early 1980â€™s.

â€œOver the years we have all been caught up with a number of individual projects. When Billy and me were approached by Absolute Radio to perform an acoustic set at their inaugural launch in October at Abbey Road Studios, we took up the offer,â€ said Midge Ure. â€œWe were overwhelmed by the response of our fans, which confirmed within the band that perhaps the time was right to re-form.â€

Coinciding with the tour, EMI will be releasing a number of re-mastered albums and a much anticipated Greatest Hits album, which will be available as a CD/DVD package in time for the tour.

MCD by Arrangement with Solo present
ULTRAVOX
The Olympia Theatre, Dublin
Saturday 02 May 2009

The Waterfront Hall, Belfast
Sunday 03 May 2009