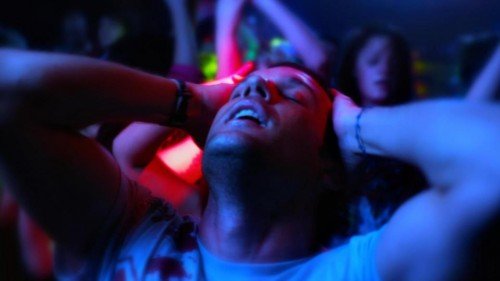 On Tuesday 17th April 2012 stars of the film Irvine Welsh’s Ecstasy and the soundtrack will attend the World premiere, at the Ministry of Sound, with an introduction by Irvine Welsh.

After the screening, the club will be open to the public for an after party.

An appearance from Irvine Welsh on the decks is also on the cards, which promises to be a truly unique event.

Based on Irvine Welsh’s controversial book, ecstasy: Three Tales of Chemical Romance, Irvine Welsh’s ecstasy is a twisted tale that explores the euphoric highs and the devastating lows of a chemical romance.

Win the Ultimate Ecstasy Experience by simply giving a Smiial! Every Smiial you receive will give you another entry in the competition and increase your chances of winning…
– 2 VIP tickets to Irvine Welsh’s Ecstasy World Premiere
– Limousine for two nights
– 5 star hotel for two nights
– Photographs with Irvine Welsh and the cast
– £2,000 spending cash
– 2 VIP tickets to the after party at the Ministry of Sound
smiial.com/theecstasyafterparty
ecstasymovie.com
facebook.com/IrvineWelshsEcstacy