Manolo Blahniks? More like George at Asda
UK women will need to increase their annual fashion budgets by Â£9,755.76 to keep up appearancesâ€š with fashionista Carrie Bradshaw, according to new research released today from MORE THAN.


The findings show that on average, British women spend Â£68.02 per month, or Â£816.24 per year on their wardrobes. In contrast, MORE THAN estimates, based on an analysis of a Carrie-esque shopping spree, that their ‘Sex and The City’ equivalents spend at least Â£10,572 per year on dresses, shoes and the like almost thirteen times more than their UK counterparts. Even the ‘British Carries’, women in the same demographic as her, only spend Â£76.56 per month on their wardrobes Ë† giving an annual total of Â£918.72. 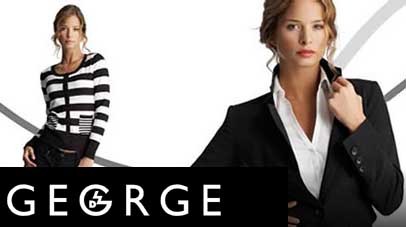 However, while they may not be extravagant Carrie-style shoppers and seem to be more accustomed to putting together to-die-for outfits on shoe-string budgets, British women still greatly undervalue the worth of their wardrobes perhaps intentionally.

When questioned, nearly 50 per cent said the total value of their clothing collections was less than Â£1,000 Ë† an extremely low figure given the average single person’s wardrobe is worth in excess of Â£2,500. Indulging in a spot of retail therapy is most womenâ€šs idea of heaven so the discrepancies between the two figures can perhaps be explained by the fact they want to keep their spending between themselves and their credit card companies!

Annette Lepper from MORE THAN says: “Though British women may not have the means to build a Sex and the City style wardrobe, during their lifetimes many will have built up closets with significant monetary values problems arise when people don’t stop to think about the combined value of all their purchases, or accurately account for their total worth. We would strongly advise all British women to take time out and reassess the worth of their valuable collections.”
george.com
Sex and the City
morethan.com