Australian singer-songwriter GABRIELLA CILMI is emerging as favourite with the British public, after her debut album LESSONS TO BE LEARNED smashed into the UK Album Chart Top 10 on Sunday.

Currently soundtracking a major TV ad campaign for Sure, her debut single ‘Sweet About Me’ is proving one of the biggest growers of the year, breaking into the Top 20 on Sunday, a full ten weeks after release.

By popular demand, Island Records release a second CD format of ‘Sweet About Me’ on June 9th, featuring the original radio edit and a brand new Sunship Remix. 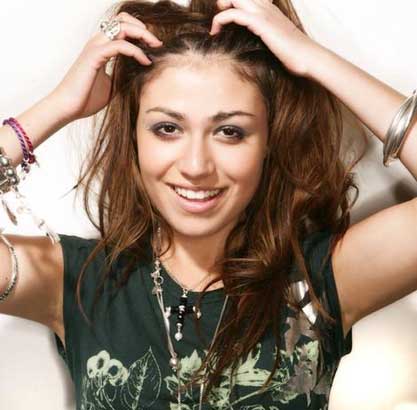 Her second single ‘Save The Lies’ moves to 11th Aug.

Currently on tour in Australia, Gabriella is confirmed for T In The Park and V Festival this year, plus two additional headline shows in Manchester and Glasgow in June.

New single SAVE THE LIES out on August 11th 2008
gabriellacilmi.com