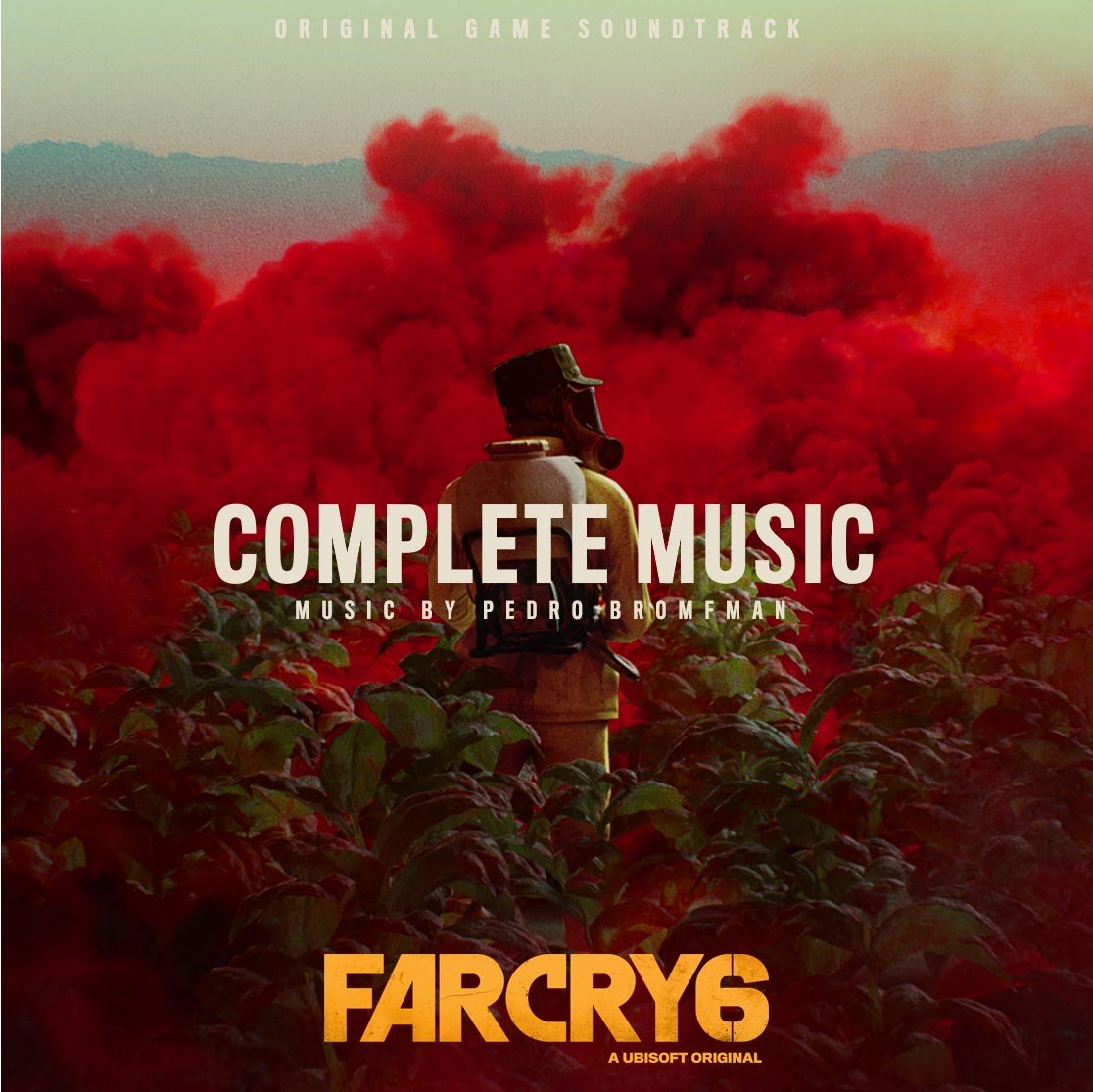 Leading creator, publisher and distributor of interactive entertainment and services, Ubisoft has released Far Cry® 6 COMPLETE MUSIC (Original Game Soundtrack) Music by Pedro Bromfman on the 27th of October via Ubisoft Music. On the LP, listeners will find the cinematic track, ‘The Lucky One’. Scored by renowned producer and composer Pedro Bromfman, the tracks are lifted from the highly-anticipated action-adventure first-person shooter video game starring Breaking Bad’s Giancarlo Esposito which is now available worldwide. The Far Cry® 6 soundtrack has already been supported by the likes of NME, Dancing Astronaut, CLASH Magazine, Metal Magazine, Under The Radar, SPIN, Mixmag Asia and Mixmag Brazil.

Hailing from Rio de Janeiro, Pedro Bromfman is currently based in California. He has received support from a variety of publications including NY Times, Complex, Billboard, GQ Taiwan, Hollywood Reporter, Buzzfeed, Billboard, NME, CLASH Magazine and Decider. With a collective playcount of nearly 20 million streams, he also recently scored the feature film The Blackout, and has been likened to the sound of artists such as Hans Zimmer, Ólafur Arnalds, Sigur Rós and Mogwai.

The score consists of 49 tracks, each of which submerges the player into the fictional world of Yara. The score for Far Cry® 6 overflows with distinctive, haunting melodies and character themes, accompanying and further immersing the players in their amazing journey through the game. ‘The Lucky One’ combines the three main themes of the game into a cinematic revolutionary theme with an iconic cello melody to add an element of unique independence.

Speaking of the album Bromfman explains: “Composing the music for Far Cry® 6 has been a tremendously rewarding experience! We set out to create a very modern score, drenched in lush soundscapes, driving percussion, processed organic instruments and a ton of synthesizers.  We knew we needed to capture the soul of Yara, and its characters, by rooting the score on traditional Latin American and Caribbean music, while being completely free to experiment with contemporary sounds, elements and techniques, in hopes of creating something very fresh and unique.