UB40 are to celebrate the 30th anniversary of their seminal debut album, â€˜Signing Offâ€™, by performing the whole album live during a tour of intimate venues across Ireland and the UK throughout October and November 2010.

UB40 will play The Waterfront, Belfast on 21 November, The National Stadium, Dublin on 22 November and The Royal Theatre, Castlebar on 23 November 2010.

Tickets for all shows will go on sale on Friday 13 August at 9.00am.

Taking its name from the unemployment form, â€˜Signing Offâ€™ was heralded as a landmark album when it was released in late August 1980. 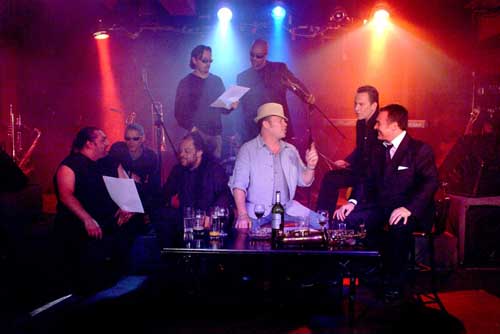 Considered by many as one of the greatest reggae albums ever released by a British band, â€˜Signing Offâ€™ was well received amongst many music fans, including followers of punk and the 2 Tone movement, and struck a chord amongst a large proportion of the UKâ€™s disaffected youth.

Mixing reggae and dub, â€˜Signing Offâ€™ chronicled the times, and wider social and political issues, as well as the plight of communities throughout the country during the early Thatcher years.

â€˜Signing Offâ€™ went on to attain Platinum status after spending 71 weeks in charts, peaking at #2.

The album artwork for â€˜Signing Offâ€™ also famously depicted a replica of the bright yellow unemployment card from which the Birmingham-based band took its name: Unemployment Benefit, Form 40.

Since the release of â€˜Signing Offâ€™, UB40 have become one of the most successful reggae groups of all time, with over forty UK Top 40 hit singles and sales of 80million records across the world.

UB40 saxophonist Brain Travers said, â€œ2010 marks UB40â€™s 30th anniversary, three decades since we started this incredible journey. We had to ask ourselves â€œHow can we celebrate? How can we say thanks to the fans for their unconditional support?â€

We decided to go back to where we started, downtown to the heart of the cities and the venues where we played our first gigs, then perform our first album â€˜Signing Offâ€™ in its entirety, something we have never done before.

Of course, there will also be some surprises, but weâ€™ll save them for the night.â€

In addition to performing â€˜Signing Offâ€™ in itâ€™s entirely, UB40 will perform a second set on the evening featuring some of the bandâ€™s most loved tracks.
www.ub40.co.uk
MCD Proudly Presents
UB40
SIGNING OFF TOUR 30th Anniversary Tour
Tickets on sale Friday 13 August at 9.00am