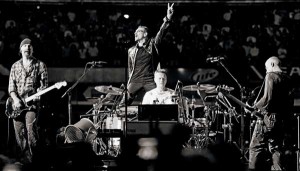 The band are due to play the opening night of the 40th Glastonbury Festival on June 25. It will be the only date the band play in the UK and Ireland next year. ‘The band is really looking forward to it’ Paul McGuinness tells us.

Festival organiser Michael Eavis said: “I promised the the best possible line-up for the show next year and the confirmation that U2 will play their first ever Glastonbury – and their first major festival gig since the early 1980s – is fantastic news.

“We’ve been trying for years… And now we’ve finally made it happen. I’m sure they will pull out all the stops to make next year’s Glastonbury the most memorable ever.”

Promoter John Giddings said on Twitter: “It is true, U2 headline the Fri night at Glastonbury. They fly back for the weekend in the middle of their US tour.”

‘Glastonbury’ which takes place on Michael Eavis’ dairy farm in Somerset, is the most well-known arts and music festival in the world. Last year Neil Young, Blur and Bruce Springsteen headlined.
www.U2.com 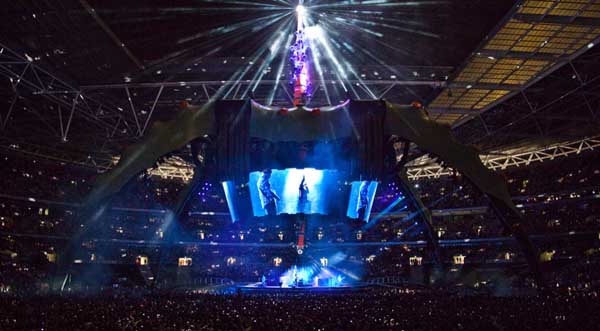