Veteran broadcaster Johnny Hero joined U105 earlier this month, just ahead of the station’s fifth birthday celebrations – and one of his first acts was to sign up for the Deep RiverRock Belfast City Marathon, which itself celebrates its 30th anniversary this coming May Day Bank Holiday Monday (2 May 2011). 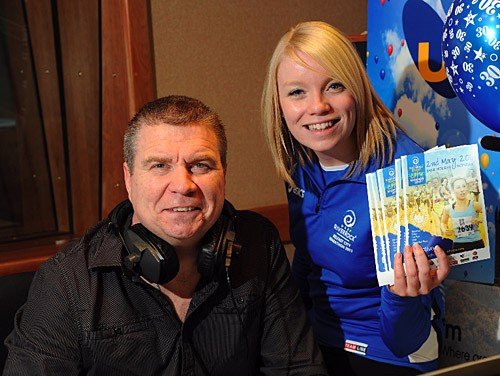 Pictured with Johnny is Claire O’Reilly, the event’s manager. U105 has been the marathon’s broadcast partner since the station launched in November 2005.