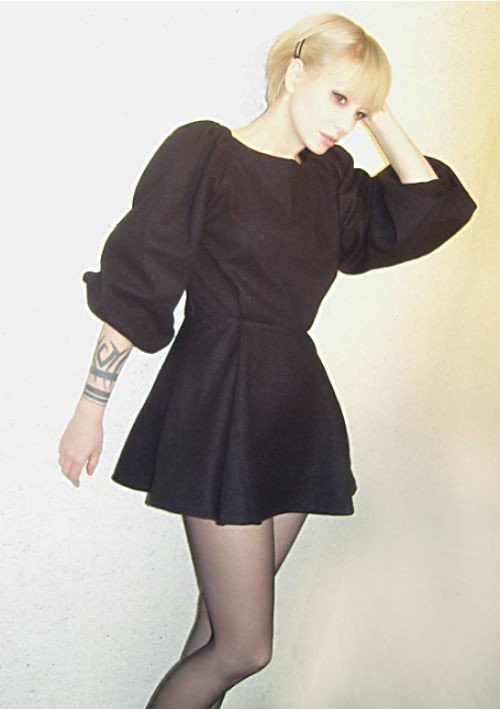 From the Italian underground scene to big arenas including gigs with legends like the Buzzcocks and Iggy Pop, as well as tracks featured in TV and major Hollywood films….she has come a long way. Here’s “Spin Around”, a synth work gem from her album.

First up, why did you pick the name Tying Tiffany?

The idea of the name Tying Tiffany was born from a photo book by artist Nobuyoshi Araki. I’ve always loved the Asian culture, and those beautiful and ethereal girls he portrays tied to ropes made me think about a moniker that tells a story and not just a simple name or surname. I’m a very shy and solitary person, and Tying Tiffany is the part of me that fills the voids.

Tell us a bit about your forthcoming DROP LP on ZerOKilled Music.

“DROP” includes 4 tracks from the “ONE” EP, from which I drew inspiration for the other tracks on the album. I wanted to have a similar sound. The album is inspired by the 90s electronica, acid house, ambient and chill-wave.

While working on the album, I spent many days walking by the sea.
At the moment I feel very connected to nature and that helped me a lot setting the mood for the new album.

The lyrics of the songs talk mainly about the depth and power of the sea, like a mirror that reflects the deepest thoughts. In “Deep blue river” I used a sample of the voices of whales.

Tell us about your shows at SXSW 2014 and why we should be there.

SXSW is an interesting opportunity to meet people from all over the world and to hear a lot of good music. I’m really excited to be back there! I will perform live the new songs from the album, and I feel this time is going to be even better then last year! 🙂

How has your sound and image is evolved since you first began playing music in Italy?

My musical project started in 2004 and I mainly had an “electro” sound.
My first album was a mix between electronica, post punk and industrial elements. At the beginning I’ve kind of started to play for fun, but over the years making music helped me to discover my personality. 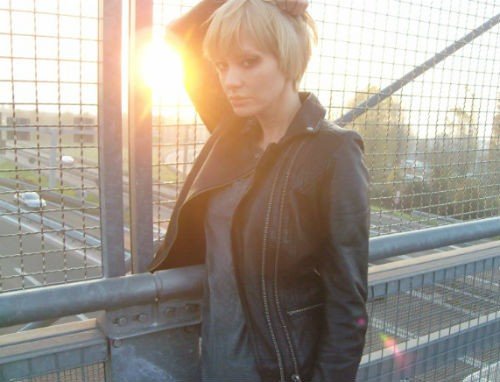 The sound was mainly directed to the dark/wave scene, telling of issues such as lack of communication, existential unease, crisis of modernity and visions of decadence.

Now I’m going through a different phase of my life, where I prefer to look inside myself, getting closer to nature… I’m trying to find a new way to look at the world and the future. I’ve always liked to give something unexpected and different in every album and try to redefine genre patterns under a new form.

With Drop I wanted to rewrite my personal path and to reflect a new image of myself.

What inspired you to make music from the start?

I grew up in a family that loved music. When I was child I used to listen to my parents records… from Tangerine Dream to Martin Denny, Les Baxter and a lot of classical music… listening and singing to music on car journeys with my dad, Probably this is why I love music so much!.

I started to play bass in several bands and I was singing in different in industrial and punk projects, but nothing serious, more for fun. Then, after work, I started to make music at home with my own computer and instruments and getting my first demo out. And from that point everything started to happen. 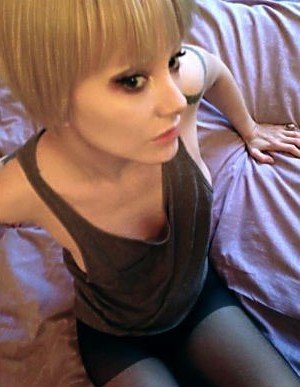 Who are your influences in music, arts, cinema and culture?

I listen to a lot of different kind of music from post-punk, wave, acid, techno, ambient, German and Belgian electronic music. I love music from all over the world and I don’t follow any particular scene.
My inspiration is not only music but all major events that shaped my emotions. Everything I write and sing comes from a real experience.

The last gig was in Moscow, I have a wonderful memory…surrounded by people who were enjoying the atmosphere the same way I was.

Your music is very approachable, keeping your sound rooted in the DIY
and the nocturnal? Does it come naturally to you?

I would say it comes naturally to me. Often the music market is divided between mainstream and alternative/independent. I just love music and I think good songs shouldn’t have any classification or tags. You can make good music without necessarily being complicated or difficult to listen to. I think it’s much easier to make some noisy and weird stuff that writing a good catchy song.

Honestly, I don’t have a single consistent songwriting process. Sometimes even while I’m half-asleep I have an idea.

I’ve always believed that music doesn’t comes from you, it’s something that you just need to capture in the air.

Everything that I’ve done so far is part of my choices and led me to be who I am. I don’t regret anything. I think there are no right or wrong choices. I must say I can be satisfied of my career.

Keep following what I love to do, without compromise.