2008 has been an incredible year for P!NK, with a Grammy nominated No.1 single in â€˜So Whatâ€™. Her European tour next Spring Sold-Out immediately so itâ€™s no wonder P!nk has chosen to extend her Funhouse World Tour and return to Ireland next October including dates at The O2 Dublin on 14 October and Odyssey Arena Belfast on Saturday 17 October. 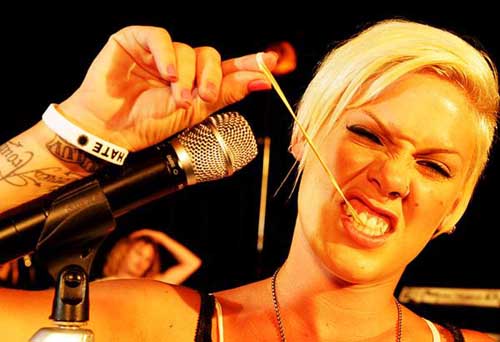 P!nk will start the Funhouse World Tour â€“ Part Two in Dublin on October 14th before returning to Belfast, Glasgow, Manchester, Liverpool, Birmingham, Newcastle and London, and has added shows for her fans in Sheffield and Nottingham.
P!NKâ€™s stunning new single â€˜Soberâ€™, the follow up the No.1 â€˜So Whatâ€™, will be released on 19th January 2009.
pinkspage.com
The Funhouse returns next Autumn!
P!nk extends her Funhouse World Tour
Aiken Promotions are proud to presentâ€¦
P!NK
Live at the O2 Dublin â€“ 14th October â€˜09
Live at the Odyssey Arena â€“ Sat 17th October â€˜09
Tickets on sale this Friday 12th December at 9am