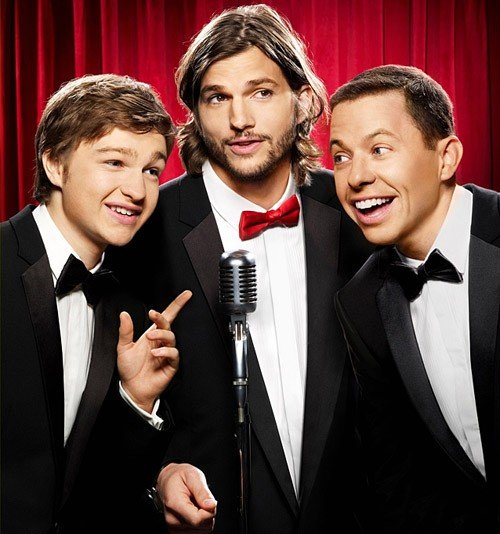 Things are pretty different on Two and a Half Men this fall — both on the hit series and behind the scenes — and ENTERTAINMENT WEEKLY has some fresh intel about the newly top-secret comedy: Jon Cryer’s character Alan Harper will now be the experienced ladies man on the show.

Charlie Sheen’s character not only dies in the much-discussed premiere, but his absence will be dealt with throughout the entire season.

New hire Ashton Kutcher (who plays Walden Schmidt, a brokenhearted billionaire) is helping keep stress levels low off-camera by providing the Men crew with access to his decked-out party trailer and massage therapist. And all the while, the comedy’s storylines are suddenly under guard like on a Christopher Nolan thriller, with studio-audience members signing nondisclosure agreements and actors getting watermarked scripts.

ENTERTAINMENT WEEKLY: So how are things going on that certain CBS sitcom that’s been getting so many headlines this past year?
JON CRYER: You’re talking, of course, about The Big Bang Theory. No, things are going great. Working with Ashton is a blast. Audiences have been going nuts for him. He’s clearly a guy who missed doing sitcoms quite a bit. He just lights up on show night. It’s a lot of fun for he and I because we have to discover what works between us, and he’s game for anything. There’s already — lines have been crossed already that probably never should have been crossed, as you’ll see in the first episode.

What are the biggest differences working on the show from a year ago?
It’s such a strange combination of the same show and a completely new show. All of us on the set keep referring to the first episode back as the “pilot” by mistake. [Showrunner] Chuck [Lorre] and I were standing around joking about trying to pitch this show and how ridiculous it would sound to a development executive: “The guy’s been divorced and his brother just passed away, but he meets this billionaire with a broken heart and…” It’s like, I would never buy that show. But it’s working amazingly well.

How does the premiere pull off not being too dark or morbid, considering it starts with a main character [Charlie Harper] dying?
This show has never had an ounce of sentimentality; it’s not what we do. There was a moment in the first season where we tried it, then we realized, no, that doesn’t work. This is [handled] with that same lack of sentimentality. Any concerns I had about it were completely washed away by the studio audience we had — which signed nondisclosure agreements — and had a terrific reaction to it. 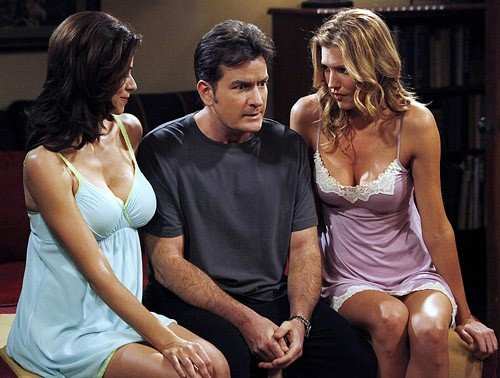 So after the first episode is there no more looking back, or are there references to Charlie in the later episodes?
The history of the show does not go away at all. It will be dealt with all through the first season. It’s not, “Oh, that character’s gone, let’s forget completely about him.” There will be ramifications all through the season. We’re not taking this into a new universe where the first show didn’t exist.

As for his relationship with Kutcher off-screen, Cryer raved about the new star — and his sweet ride.
“I have been in what I refer to as the U.S.S. Yorktown,” he said about Kutcher’s trailer. “What’s great about it is it provides shade — for most of the studio lot. He had told me early on that he was going to get an enormous trailer. It’s a fun place to hang out for us and anybody on the crew — he has an open-door policy. He’s got almost a club upstairs — yeah, that’s right, I said upstairs. He pipes music out before and after the shows and everybody hangs out. It creates a great vibe.”
READ MORE IN ew.com