Thank God summer is approaching, and once again TWISTED SISTER are set to hit the road, world-wide, for a string of festivals including Download UK and Sonisphere Spain, as well as performing at this year’s Metal Hammer Golden Gods Award Ceremony. 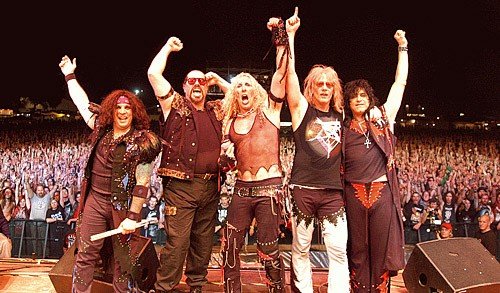 Proving that you indeed can’t stop rock ‘n’ roll, TWISED SISTER are set to return to Donington Park for the first time since 1983 to bring their unique blend of rock to the DOWNLOAD FESTIVAL hoard!

TS will be performing at DOWNLOAD 2011 on Saturday 11th June, joining them on the second stage are the likes of Clutch, Mr Big, Cheap Trick and Alice Cooper. www.downloadfestival.co.uk

Get online at goldengods.metalhammer.co.uk to cast your votes and for a chance to win tickets!