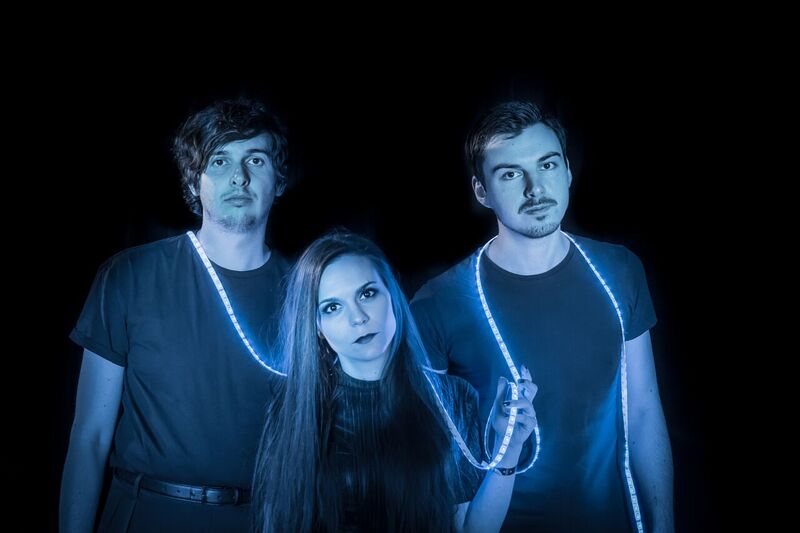 Newcastle’s trio Twist Helix release their vividly smart debut album ’Ouseburn’, on 5th October 2018 via Paul Black Music. The band’s Bea, tells us everything we should know about their eclectic collection of Indie-electro gems…

Hi Twist Helix, how are you today?

How did you all initially meet and start creating music together?

James and I have known each other for a long time, but Bazz is a recent addition. He joined us this year, when our old bassist Michael left us after 3 years due to other commitments. We’d known Bazz for a long time; we used to rehearse at the Little Buildings and go to the same gig nights. So, he fit in immediately.

Your upcoming album ‘Ouseburn’ is out in October, are there any specific ideas or themes that inspired it?

‘Ouseburn’ is a place in Newcastle, but it’s really a metaphor for modern Britain. The album is about change, how a city can reinvent itself. In the album, ‘Ouseburn’ becomes an arts hub, a vibrant space inhabited by artists, but that community becomes threatened by its own success.

You’ve been compared to the likes of New Order and Depeche Mode, but who would you say are main musical inspirations?

I would say M83 are the band I always look up to. Hurry Up, We’re Dreaming is in my mind the perfect album, that record was so cinematic and bold, it left a huge impression on me as a songwriter. Oh and it helps that their live shows just happen to be phenomenal.

What’s the music scene like in Newcastle at the moment, do you get out to gigs much?

Newcastle is absolutely thriving, the scene we’ve got right now, particularly around the Ouseburn Valley is just so exciting. There’s new bands popping up all the time, it’s like magic. You only need to check our Twitter feed, full of blurry gig pics, yes, but trust us, these “local bands” might just go national.

I’d love to work with Nicole Hummel (Zola Jesus). I love the drama and boldness of her music, tracks like Exhumed I could listen to all day.

UK tour dates, singles, videos (our friends Slurs snuck us into an art gallery, you’ll have to see the result of that adventure), we never stop!