Stunning and talented Twinnie Lee Moore – known for her role as Porsche McQueen in Hollyoaks – is set on making her mark in the world of pop, with the release of her debut solo single ‘Cool’, out January 18th 2016 on TLM Records. The track is the first taste from an as yet unnamed debut EP out later this year.

Please describe your sound in 5 words.

When did you first pick up an instrument? Where do your love for music begin?

My love from music probably comes from my mother and father.. We always used to watch old musicals like singing in the rain ect. I was actually 8 when I started to learn the piano but then I quit I started again when I was 24. Guitar I was 19!!

How does songwriting take shape for you? Do you build around a riff, a lyric, a concept?

Totally depends, I’m constantly writing down notes and voice notes on my phone, if I see something it might spark an idea. Or I’ll sit down at the piano/guitar and start playing and words generally just come out. 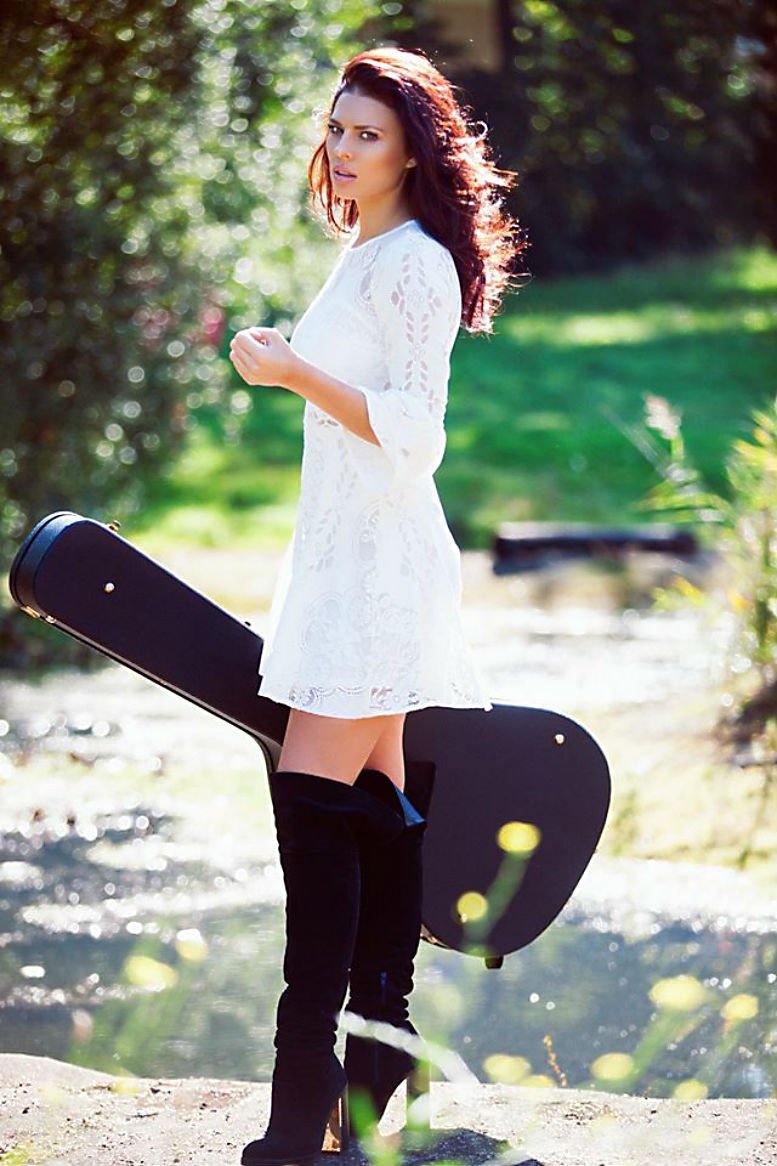 Do you prefer to write on your own or in collaboration with others?

I’ve have written a lot by myself but I do like writing with other people. I think it’s important otherwise you can end up writing the same thing…it’s always good to get someone else’s perspective on things!

This is your debut as an artist. Is this your first venture into music?

No music has always been there. I wrote a lot with Ben Earle (The Shires) we did have the intent of being a duo but I left the band then it became The Shires.

Country music has historically been a little overlooked in the UK, do you think this is something in that will change over the next few years?

I think so, I hope so! There’s definitely a wave of new country artists and they are breaking through. I think people attach a stigma to country music – they think it’s old fashioned and American. Country music is story telling, I love that! Grammy award winning artist like Kacey Musgraves, Little Big Town are definitely starting to change people’s opinion.

Which artists would you recommend to people who have never really listened to Country music before?

Kascey Musgraves is brilliant her lyrics are just incredible, every word counts. Also brothers Osborne they are a country duo who are brothers and they have a song called “Stay a Little Longer”, which is possibly the best song I’ve heard in ages!

What are your plans for this year?

I’m going to the States to play a couple of gigs! I’m releasing my EP in February and my Single, ‘Cool’ is available to download at the end of this month!! So it’s all very exciting!! Also maybe a few festivals!!

We’d love to come see you play. Where can we catch you?

I’ve got a gig on the 20th of Jan at the Old Queens Head, in London. On the 17th February I’m playing the The Mint in LA? But that might be a bit far to go. Haha!