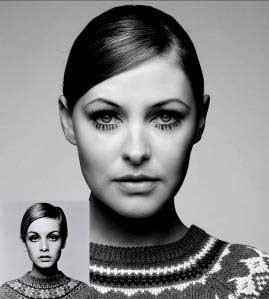 Model and TV presenter Emma Willis has re-created the photo that shot 60â€™s supermodel Twiggy to stardom, which has been voted Britainâ€™s most â€˜eye-conicâ€™. The photo has been taken for the Murine Eye Drops â€˜Love Your Eyesâ€™ campaign, to mark Twiggyâ€™s 60th birthday this weekend.

A poll, of 5,000 Brits by Murine Eye Drops set out to find the nationâ€™s favourite image, which focuses around the eyes. The shot of Twiggy, beat other iconic pictures of Elizabeth Taylor as Cleopatra, Audrey Hepburn in Breakfast at Tiffanyâ€™s and Clark Gable with Vivien Leigh in Gone with the Wind, to the top spot.
Twiggy, real name Lesley Hornby was born in 1949 and became â€˜The face of 66â€™ when a stunningly simple picture of the then 16 year old schoolgirl, taken by photographer Barry Lategan was made public.

A spokesperson for Murine eye drops said: â€˜The Love Your Eyes campaign is all about celebrating your eyes and encouraging people to care for them, in the same way we with do our skin and hair. Emma is renowned for having some of most beautiful eyes in showbiz and looks striking in the photo. She was the most natural person to recreate this image.â€™ 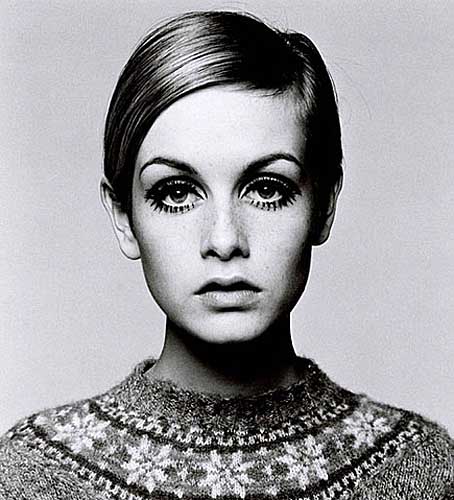