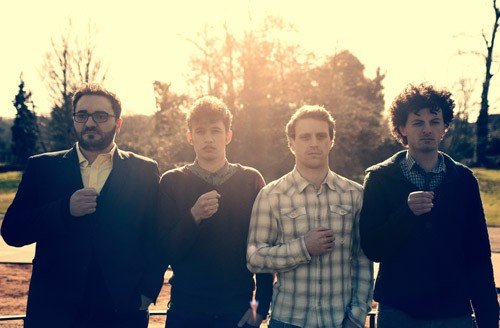 Half of you are from Italy and the other half are from the UK, how did you all meet?

It all happened very quickly. We uploaded a few tracks on the internet and sent out a few e-mails. Some good feedback from London based promoters and industry people encouraged us to book some cheap flights for a bunch of shows in the UK.

The gigs went really well and here we are.. It took us a while to find the right people but when our drummer Anthony joined the band we slowly found our way. Tom joined the band more recently and he’s part of the family now.

Why the name “Turnpike Glow”?

We are huge fans of Belgian band dEUS, especially their early material is brilliant. They have a fantastic track called “Theme from Turnpike”. But we soon found out a Swedish techno act was using that name already so we added ‘Glow’.

Those two words combined seemed to convey an evocative imagery or at least that’s what we thought when we came up with it. It did make a lot of sense at the time.

Dave Newfeld, Los Campesinos and Broken Social Scene producer, mixed your last EP ‘Inflatable Optimism’. How did you get involved with Newfeld?

We loved his production work with Broken Social Scene and decided to get in touch. He got back with a long, passionate and very detailed email filled with suggestions, ideas and true appreciation for our music. Needless to say we were blown away and over the moon.
Your music has a really “summery”, upbeat vibe, is this intentional or do you have some “darker” songs still to be released?

We wish we had a secret a database full of “summery” melodies but we don’t. Those tracks just happened to come out with an ‘optimistic’ vibe and we’re happy with that. It wasn’t intentional.

We hold the view that it’s actually quite challenging to produce uplifting and upbeat music without sounding trite and predictable. Hopefully we succeeded. One of our new tracks goes in a different direction. It’s slower and a bit more pensive.

How do you find the music scene in the UK in relation to Italy?

There’s more appetite for up and coming bands here. People like to go out and listen to new bands. Italy is a bit more conservative in that sense. Fans tend to stick to established acts and buy their records until the artist’s death.

Can you recommend us any great Italian bands?

Vado In Messico and Porcelain Raft. They’re friends of friends and are both extremely talented.

What are your hopes as a band for the next year?

Being introduced to the Hall of Fame. 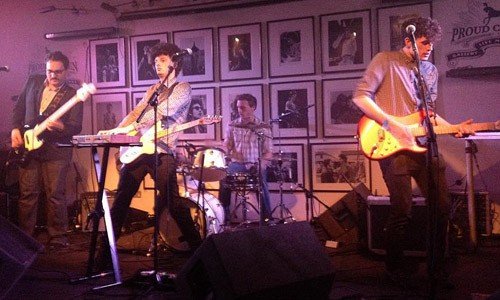 If Turnpike Glow were to record a cover tomorrow, what would it be and why?

‘Pure For’- The Beta Band. Because The Beta Band are one of the most inventive bands to ever release a record.

What’s the best and worst advice you’ve ever received from someone about music and being in a band?


Best advice. Make sure you’re facing the audience when you’re on stage.

Worst advice. One shrewd guy in a rehearsal studio once told us the internet is not an effective music promotion tool. It’s too vast, ‘dispersive’ and confusing, he insisted.

Finally, if Turnpike Glow were a foodstuff, what would you be and why?