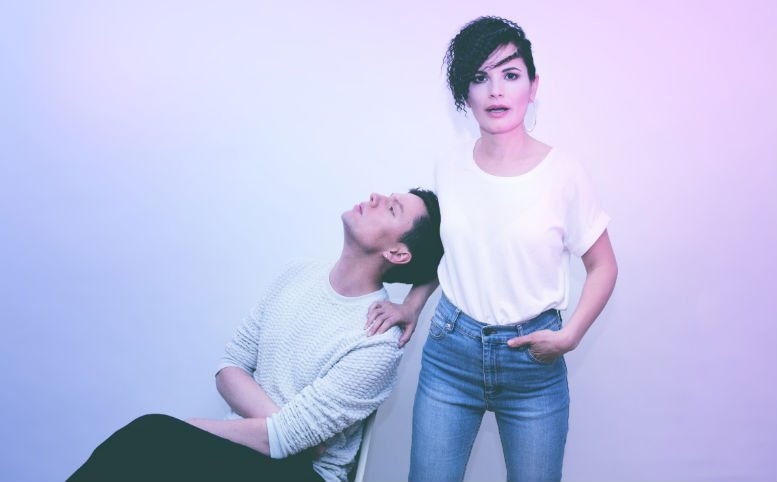 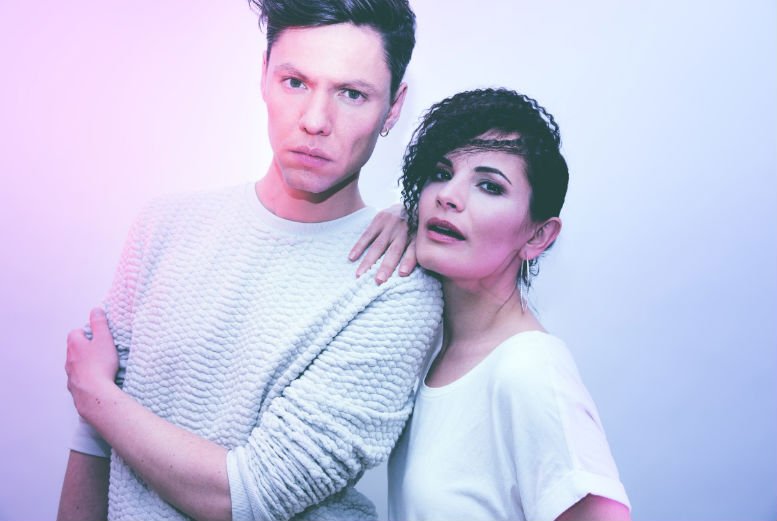 Swiss future-R&B duo TRUE – Daniela Sarda (vocals) and Rico Baumann (production and drums) – make sweetly alluring electro-pop gems. To get a taste of their production here’s the smoothly refreshing standout offering, a smart rework of Kraftwerk’s ‘The Model’ and new single ‘Hold It Back’ (released on Mouthwatering Records).


What have you guys been up to?

Dani: The last half a year I was very lonely, Rico left me for his favorite city.

Rico: I spent six months of the past year in New York writing and producing. I heard a lot of very inspiring music there. Dani and I would send files back and forth, and I also recorded some great musicians for songs on our upcoming album. The last couple of weeks we’ve just been working on the album, all day and all night.

Your latest single sounds amazing, and it seems like you’re grounded in your sound for good…

R: Thanks, yes we like it as well! And I think that’s pretty much it, that it’s music we really like.

How did you guys know that you found it?

D: We try to implement what we like the most without being influenced by other opinions too much.

R: It’s hard to say for us if this is the sound. I also hope that it will change over the years. But it feels more and more like we can do something without thinking about the idea of style too much, and it still sounds like us.

Is this the type of sound we could expect from your full length? The LP is dropping this fall, right?

R: Yes, in September probably. I would say that it is, more or less. But the LP will hold some nice surprises, as well. it’s a bit more open, musically.

D: I think it does have a central theme, but there are many playful details.

Do you want to divulge any secrets as to what else we should expect?

R: Well one title we had in mind for the album was “Secrets And Lies” so we’re not gonna say too much…

It seems like there’s something special going on in Switzerland, your label (Mouthwatering) seems to be at the hub of it all – what’s up?

R: Yeah they had a really good run recently with some great new bands signing with them. That’s great for us. It’s inspiring and encouraging, and it feels like we’re all going in the same direction together.

D: I’m very grateful. You shouldn’t take a label for granted, especially when you have one that supports their bands with so much enthusiasm.

When do you think the world will wake up to recognize this new movement?

R: I hope soon, because my apartment is really expensive. No, I think it’s happening already, slowly, but it’s getting there.

And why the Kraftwerk cover?

R: We’ve been ask to join a Kraftwerk cover night at Bar 3000, in Zurich. We weren’t too familiar with their work, but it seemed like a cool occasion to really check them out. In the end we thought our version is so different from the original and feels like our own, so we decided to release it.

Was it intimidating touching such iconic material?

D: I am a bit afraid that some Kraftwerk fans will accuse us of ruining the original, but that’s a professional risk.

R: No, not really because it was intended for one night only. And as I said, we weren’t the biggest fans, so it was more that through covering them, we started to like the originals, and see their quality, more and more.

In closing, who do you think should cover TRUE?

D: I love SADE, but then maybe it would sound too melancholic. In that case ABBA. No! Too cheerful.

R: It should be someone really different from us, like hmmm, Alice Cooper, maybe? Wow, why did this guy pop into my head now? I haven’t thought about him since I was 9, probably. “Thanks” brain!