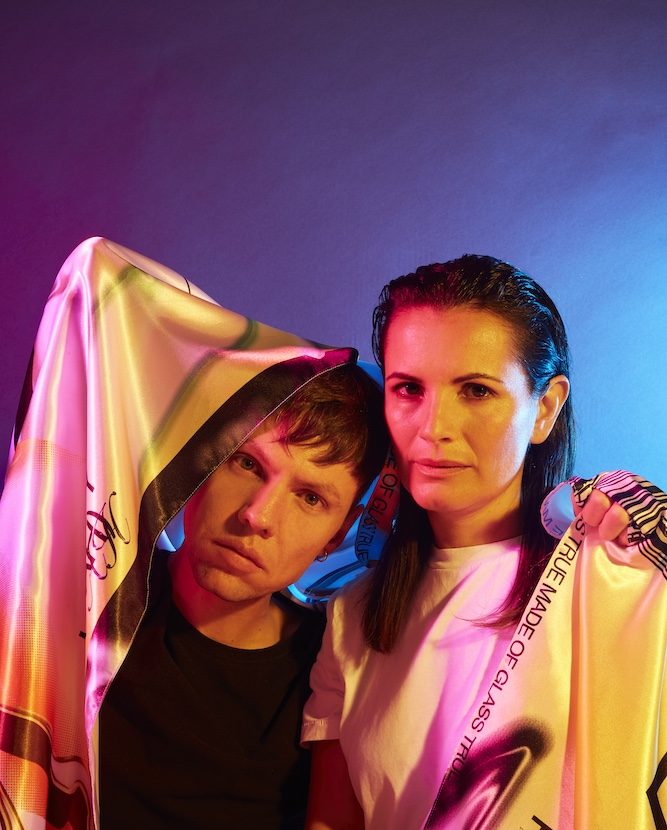 Swiss Electro Pop duo True (Daniela Sarda and Rico Baumann) return with a new long player titled Made of Glass. On the surface this new material covers similar ground to their debut (Wrapped in Air), which came out back in 2016. It’s breezy, iridescent, sweet like candy and if you like your music light like this, it gets pretty addictive quickly. The hook lines are catchy in that 80s /  90s sort of a way, relying much more on melody than repetition. The production references everything from Prince, 90s R&B all the way through some golden-age Chicago House. I can also hear a bit of Blood Orange on here as well, as well as bits and bobs of more nerdy underground styles that you would find on any decent new school beat mixtape or playlist – with chopped up vocals, slinky bass lines and purposefully messy beats.

Where these songs stray away from the project’s already established blueprint has to do more with the lyrics than the songwriting or the production.  You probably wouldn’t catch this on the first spin because Daniela’s voice always sounds so sweet and comforting, but the things that she talks about are pretty heavy and definitely very mature, especially as far as the domain of Pop is concerned.

On My Skin she speaks of the fear of loss, wondering out loud what would happen if someone she loves would die on her or if it was she who would disappear from their life irrevocably? The title song is about personal damage and the type of emotional fragility that makes it hard to let someone in. Digital Love deals with our society and how we are having direct relationships with the technologies that are supposed to bring us closer to each other, yet become impediments to real human contact. So, in the end, we end up having physical relationships with our tools of communication and not the people that are in our lives. Then there’s Share, which speaks on longterm relationships and asks a seemingly trivial question: how much of ourselves do we have to give in order to be with someone else? Take a moment and try to answer that for yourself.

Whether you want to have a record to dance and sing along to, obliviously, or you’re looking for something much deeper, either way your hunger will  be satiated by the music made by True. Made of Glass was just released by Swiss label Mouthwatering Records.