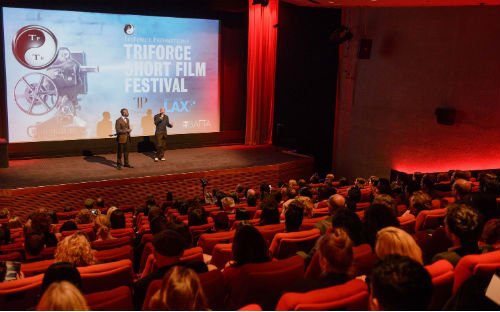 TriForce Short film Festival (TFSFF), is a unique and exciting platform for up and coming filmmakers to showcase their work on the big screen. The festival’s main objective is to present quality short films (under 20 minutes) as well as support, recognize and honor filmmakers. It’s now in its 3rd year and is held at the prestigious BAFTA in London (Saturday 22nd November 11am-11pm).

The final entry date is 27th October, TriForce are accepting all types of short movies (up to 20 minutes) and emerging filmmakers with films under 5 minutes can enter for free in the new Micro Shorts category.

Here’s our Q&A with TriForce’s Minnie Crowe…
Why did you decide to create The TriForce Short Film Festival (TFSFF)?

We realised that the issues with diversity in the industry didn’t just affect actors. in fact, if anything, the lack of diversity behind the camera is even more pronounced. We’d successfully created a new pathway into the industry for actors with our UK wide MonologueSlam UK, so we decided to create the film festival to open up new pathways into the film industry. We knew we had a huge network of creatives who deserved to get the chance to have their work screened at somewhere like BAFTA, in front of an industry audience. 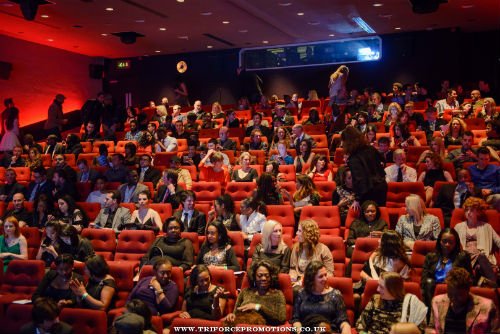 Can you tell us why up and coming film makers should take part?

Well for one thing you could get your film screened at BAFTA and get to attend a glamorous red carpet event at the home of British film!

But more than the excitement of the event itself, we want to help create real outcomes for anyone taking part. With this in mind, we’re making sure that our industry judging panel and those in the audience will be those in a position to help the chosen filmmakers move their careers forward, whether that’s in short film or other mediums. It’s a real opportunity to get your work in front of people that matter.

We’ve also created a special category for emerging film-makers which is free to enter, called ‘Microshorts’. It’s for films under 5 minutes long – they could even be made on a mobile phone. We wanted to open up opportunities to those who might have little experience, but want to develop their skills, or for those with more experience but not necessarily the funding needed to make a longer film. The shortlisted films in this category will also be shown at BAFTA, with the winning film for this category screened at the red carpet event in the evening. 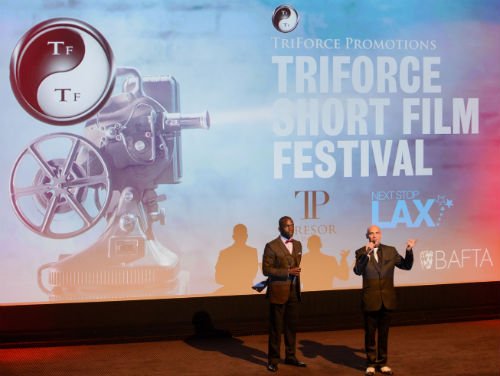 Can you tell us 5 things we should know about The TriForce Short Film Festival?

This is our 3rd festival – our first was in December 2012
It’s our 2nd time at BAFTA, after starting the festival at the Mayfair Hotel in 2012.
For 2014, we’ve got even bigger, with an all day event, an industry expo and our traditional black tie evening event.
We’re expecting some great celebrity guests after stars from the Golden Compass, Captain America and The Butler attended the festival in 2013.
We put the first festival on in two weeks flat – it takes a bit more organising these days!

How has the festival evolved since 2012?

It evolves every year. In 2012, we had our first festival at the Mayfair Hotel screening room. It was an evening event, and although it was organised really quickly, we completely sold out and the screening room was packed! We wanted to get bigger and better in 2013, and we decided there was no better place to be than BAFTA. Of course moving to the home of British film upped the glamour factor, we also had an industry judging panel for the first time to choose their winner, and we added an Audience Choice Award too.

This year, it’s got bigger again! We’re back at BAFTA but this time we’re there all day with screenings and seminars taking place throughout the day, as well as an industry expo which will be a great opportunity for networking and meeting useful organisations. We’ll follow that with the red carpet event in the evening showing the finalists and annoucning the winners. We’d love it if people could come and stay all day! 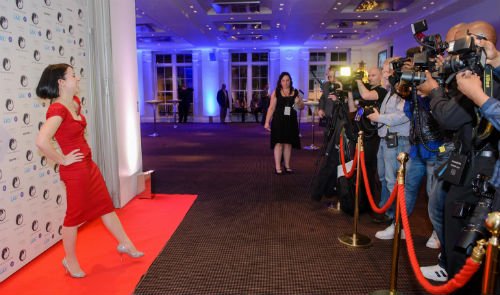 What’s the best and worst thing about organizing a film festival like yours?

There isn’t really a worst thing – it’s a lot of work of course (we start organising the next one almost immediately after we finish!) But it’s amazing to be able to open up doors for people who just want to get their work seen by the powers that be – our reach within the industry and our diverse network means we’re uniquely placed to bring people together.

What are the festival’s dreams and goals?

We want to do for film-makers and creatives what we’ve done for actors through MonologueSlam UK: change the shape of the industry and bring the decision makers to the talent. We engage with a huge range of people, we believe in diversity of experience, rather than diversity as a box-ticking exercise. We think there are a huge amount of unrepresented groups of people in the film industry – for example one of the most poorly represented groups behind the camera represents 50% of our population – we need more women directors/DOP’s/writers etc…

We want to help the full range of creatives out there to access opportunities in the film industry, as well as encourage those who feel that making films is ‘not for them’ that they can be a part of this industry. Only by encouraging a more diverse range of representation in front and behind the camera will we see a more diverse range of stories being told on our screens.

Do you have any special advise/message to all aspiring filmmakers there?

Make sure you enter! We deliberately keep our submission costs low so there’s no barrier to access. We really want to choose from the best work out there so please enter! Last year’s winner, Jane Gull who directed Sunny Boy, has had her short shown at Cannes International Film Festival and on Channel 4 since winning the festival and is now working on her first feature film. Appearing at TFSFF can help you meet the people who can move your career forward – what have you got to lose?!