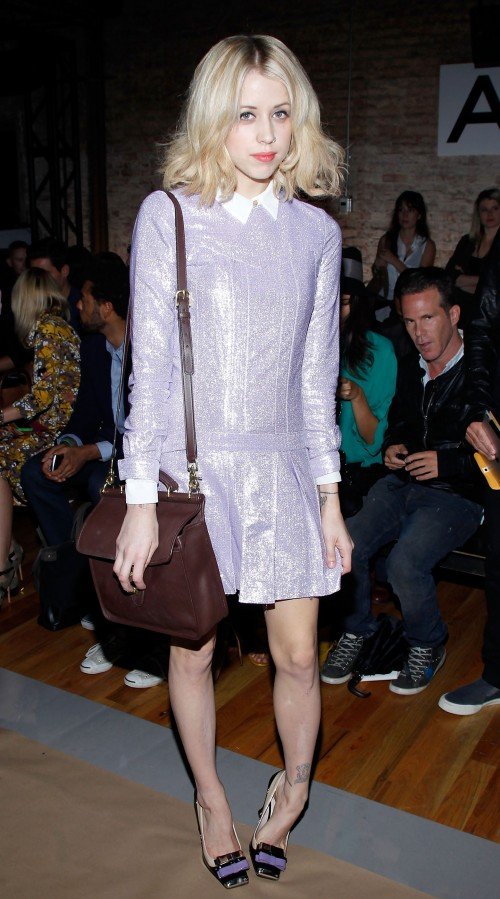 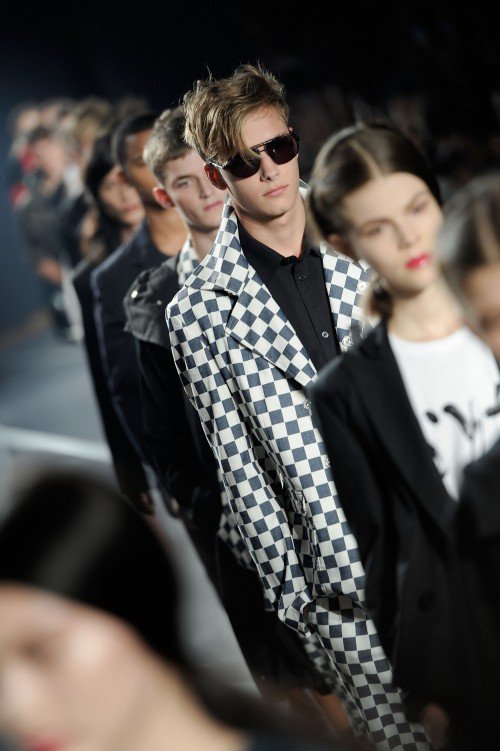 Shown in New York’s Soho district on Sunday, September 11, 2011, as part of New York fashion week, Y-3 took a tour of British style and Olympic sport, all in the essence of Yohji Yamamoto, the label’s designer. 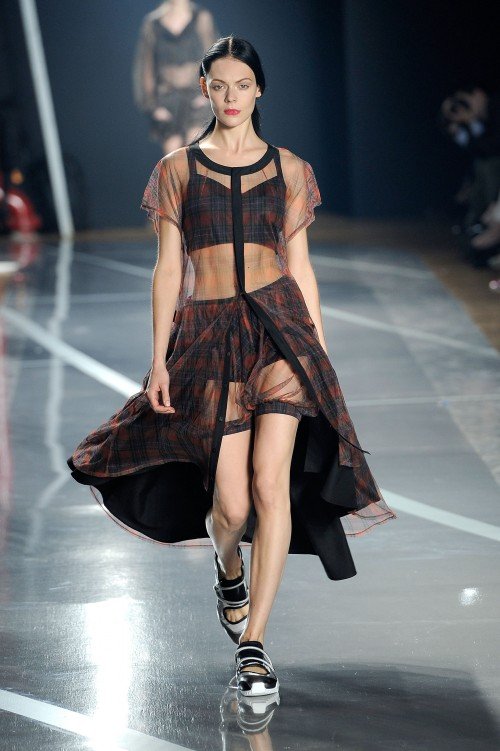 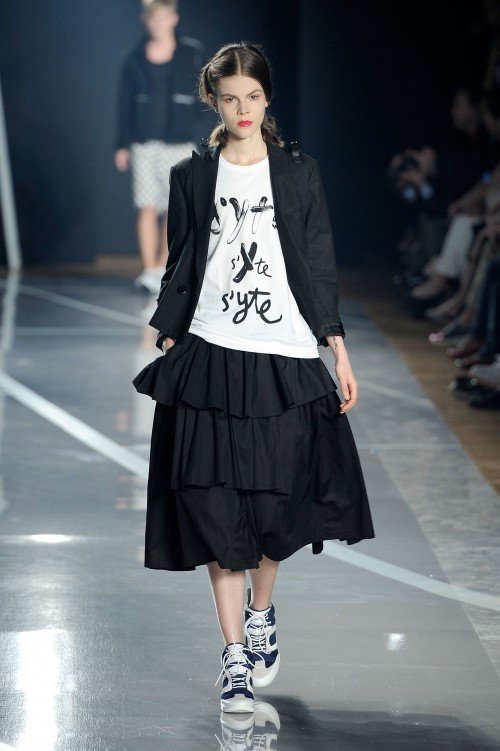 Offering sport as a theme, Y-3 presented unique takes on Olympic style, filtered through the street aesthetic of Londontown. 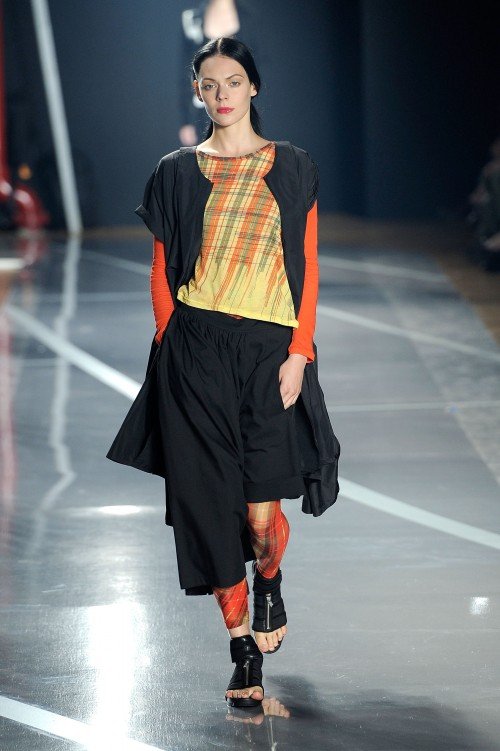 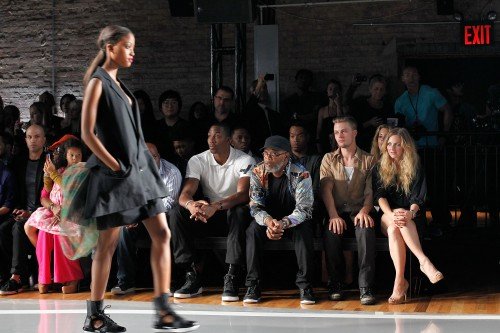 Models walked the runway to a sound track of Tokio Hotel and Miyavi, while a front-row crowd including Dwight Howard, Samuel L. Jackson, Michael Pitt, and Peaches Geldof looked on.
Photos by Getty Images