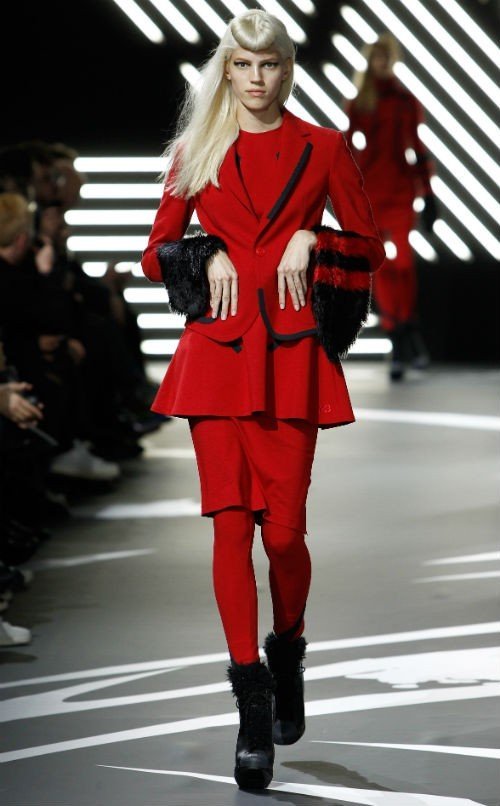 Superheroes might be the world’s only remaining hope…This is the message of a playful, surreal, and optimistic collection from Y-3, which showed for the first time during Paris Men’s Fashion Week at the Couvent des Cordeliers on Sunday. 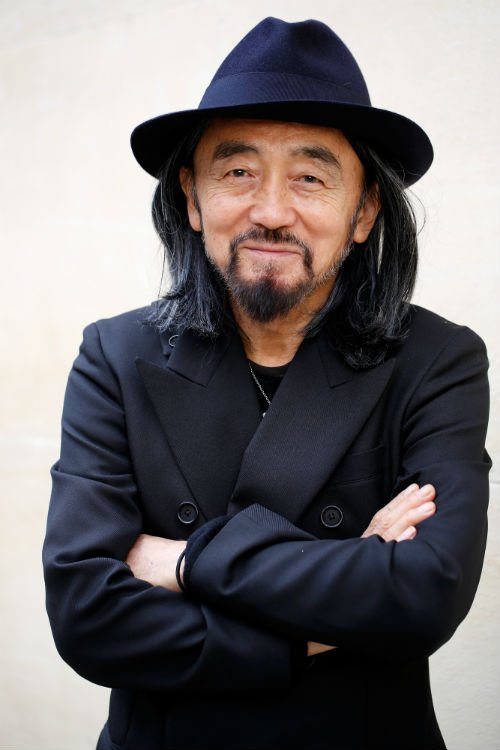 Men’s and women’s pieces were presented together in a range of retro-tinged primary colors….models stalked the runway to superhero music themes and were watched by a front-row crowd including music icon Kanye West. 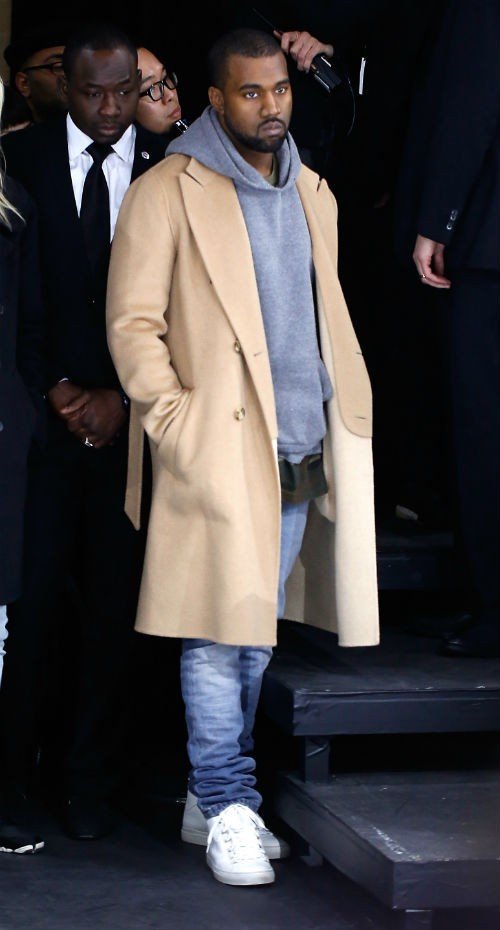 The collection played up a contrast between utopia and dystopia—the former expressed in a hand-drawn manga comic strip that was magnified to bring a graphic texture to the clothes, the latter realized in dramatic, voluminous silhouettes in classic Yohji Yamamoto black, as well as deep scarlets, honey yellows, and dark indigos. 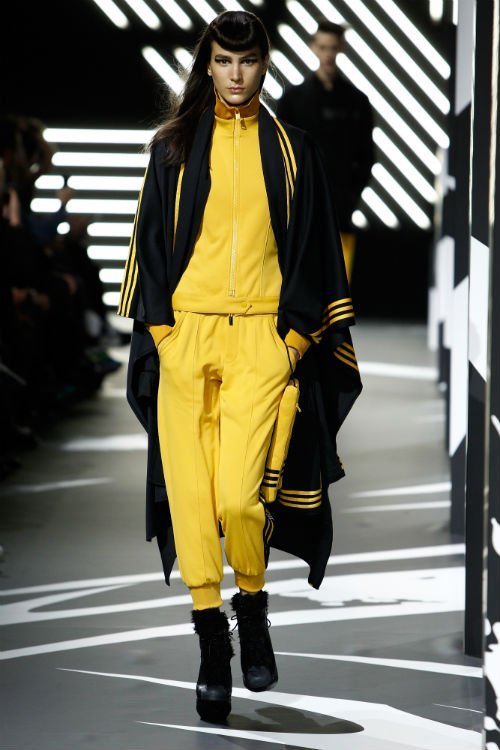 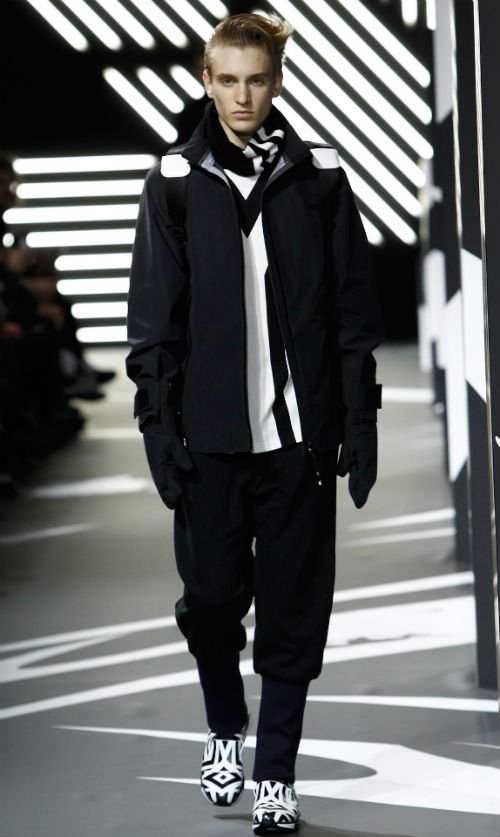 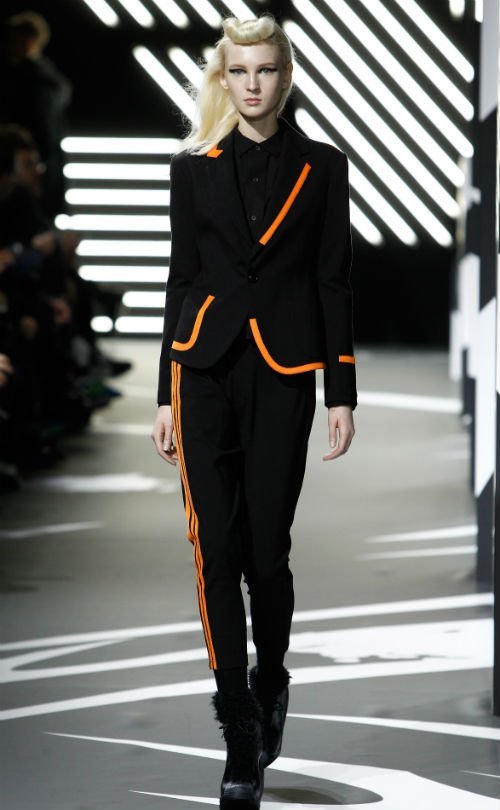 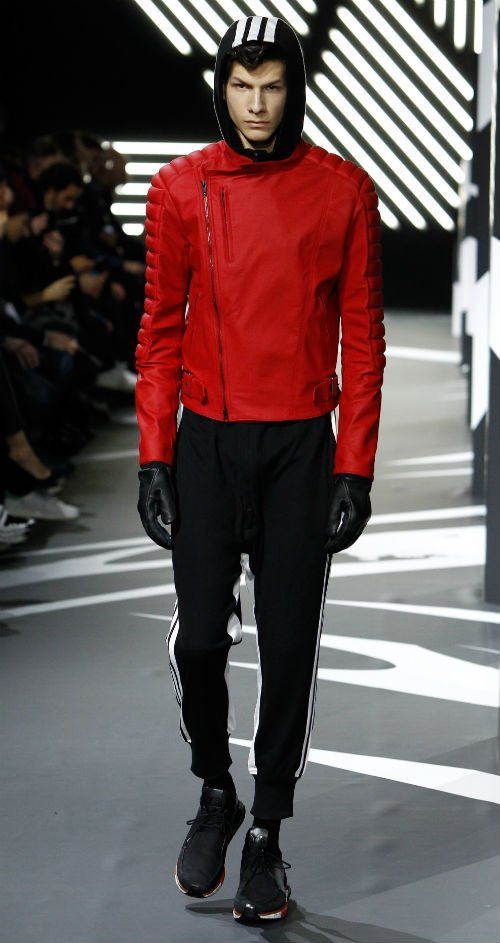 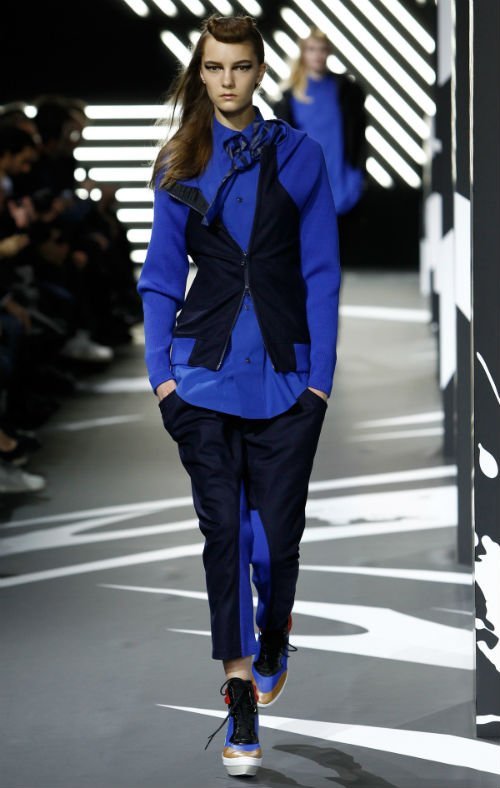 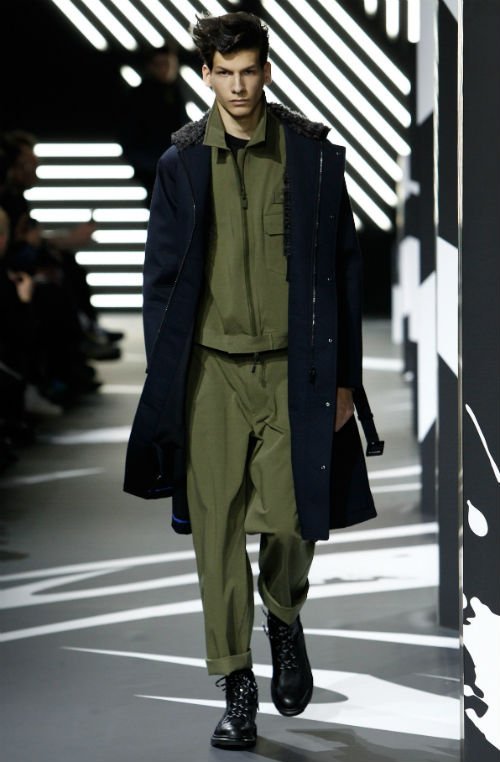 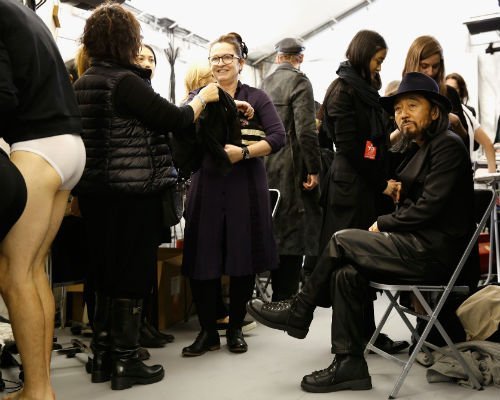