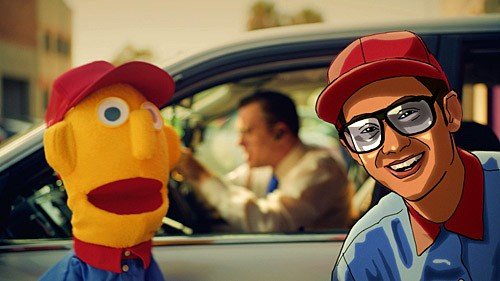 Toyota is launching a series of pop-video-inspired ads to back its campaign for the next-generation Yaris.
The campaign is intended to give the Yaris a dynamic and smart new image that will challenge consumer perceptions and reach out to a fresh audience of 20- to 30-year-olds

The TV ad, which has been created by Saatchi & Saatchi around the theme ‘Outsmart life in a Yaris’, fuses music video with animation to create a series of radical new-look, pop-video-style ads for the brand.

The slots have been written and art directed by Rob Potts and Andy Jex from Saatchi & Saatchi and directed by Jonas and Francois, the duo behind the famed Madonna & Justin Timberlake ‘4 Minutes’ film.

Each execution creates a humorous story around a key Yaris attribute; its driving agility, its intuitive touch-screen multimedia system, and its rear-view camera. Each ad includes a song produced exclusively for the ad titled ‘But, Can You Do This?’.