Werewolves are finally getting the love they deserve! Vampires have ruled the airwaves for a while now (think “True Blood” and “The Vampire Diaries”), but 2011 is shaping up to be the year of the wolf.

And Tyler Posey, star of MTV’s upcoming “Teen Wolf” (loosely based on a 1985 Michael J. Fox movie of the same name) is the hottest new addition to TV’s growing wolf pack.

Topping the list of Things That Are More Difficult When You’re a Paranormal Wolfman? Dating (sure, lots of guys turn into animals when they get excited, but you know, not literally). 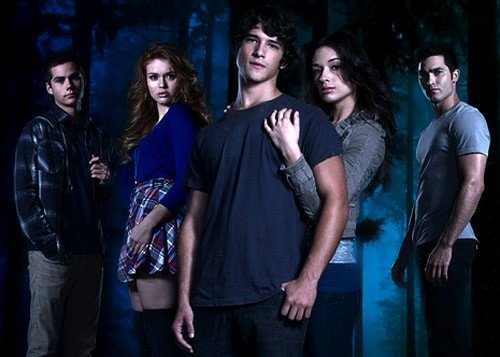 It’s also tough when your girlfriend’s dad moonlights as a werewolf hunter and is kind of out to put you down—permanently.

On the bright side, there are those heightened wolf senses (read: super sight, smell and hearing). If the trailer is any indication, the stakes are going to be high from the first howl on “Teen Wolf.”

If sexy werewolves are your thing (and really, aren’t they everyone’s?), catch the premiere Sunday, June 5 right after the 2011 MTV Movie Awards.
www.mtv.com