One Direction boys talk about their passion for Pokémon Black and White. 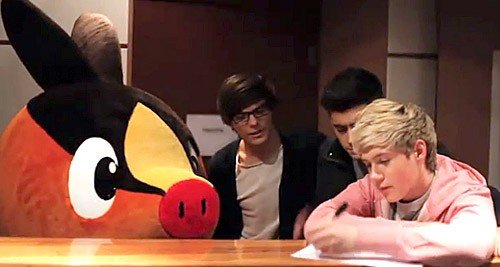 One Direction’s Liam, who has already completed the game and collected more than 150 new Pokémon, says: “We’re all huge Pokémon fans now! Zayn and I played it loads when we were younger, but Harry had never really played before we introduced him to it. We all started playing the new version during rehearsal breaks whilst on tour and now we can’t put our consoles down. Niall even takes his to the toilet!”

Players will be able to encounter and enjoy over 150 never-before-seen Pokémon with new heroes and a new region.

Pokémon fans will also be able to discover new ways to battle other fans from across the globe, with the chance of even battling One Direction.

During The Alan Titchmarsh Show Zayn Malik revealed: “I think we’re looking to release our first album in the summertime – June sometime.” Liam Payne added: “We just want to make a massive track to start off with and see where it goes from there.”
www.PokemonBlackWhite.com