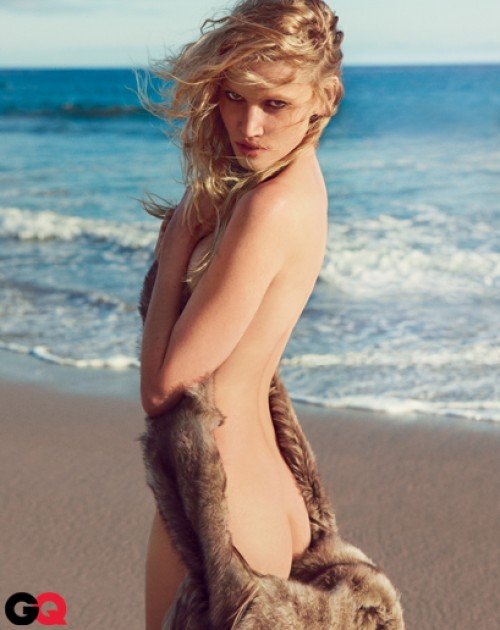 You probably know Dutch supermodel Lara Stone from that Calvin Klein commercial—the one where she’s glaring meaningfully at a chiseled male model and driving a Bentley convertible, the wind whipping her hair just so.
The spots are deadly serious. She is not. “I can’t drive,” says Lara Stone. “The car was mounted on a truck, and I’m supposed to be driving. It was difficult to get the hair right.

We finally did the take, and it was perfect, except my hands had never been on the steering wheel. I felt like such an idiot!” She laughs, revealing the perfect imperfection of the space between her front teeth. “I usually get driven, dahling!” 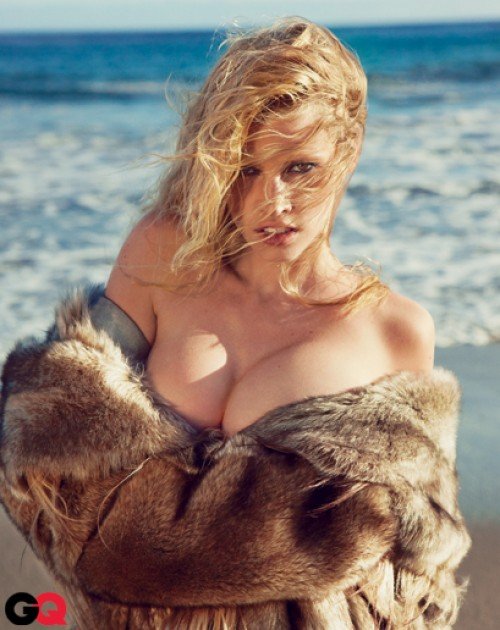 The comparisons to another gap-toothed bombshell have been made, to a fault. ” ‘Oh, what should we do today?’ ” she says, mimicking a typical conversation between stylist and photographer. ” ‘Maybe we should do her like Brigitte Bardot—a modern take on classic Bardot!’ “Stone is relatively old (27) in a business dominated by 16-year-old kittens. “You do get jealous sometimes,” she admits. 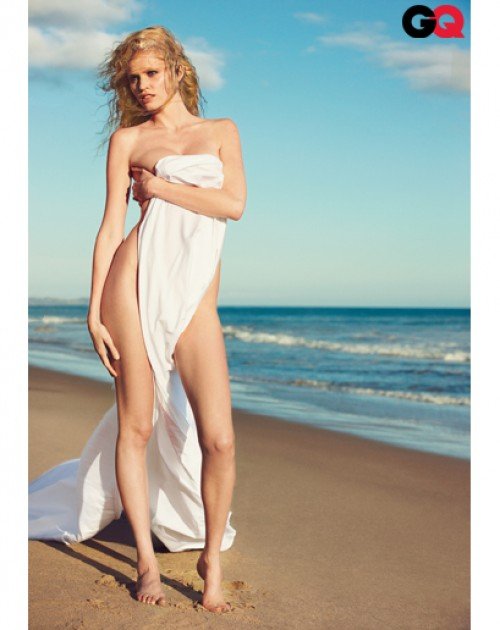 But that’s not as bad as Internet trolls. “It hurts when you’re having a tough day and someone says, ‘She’s so fucking ugly I wouldn’t let my dog near her.’ ” Nobody said that! “Yes, they have,” she insists. “And 500 people ‘liked’ it!” Wasn’t us. Promise.
Photographs by Inez van Lamsweerde & Vinoodh Matadin
Read More in gq.com