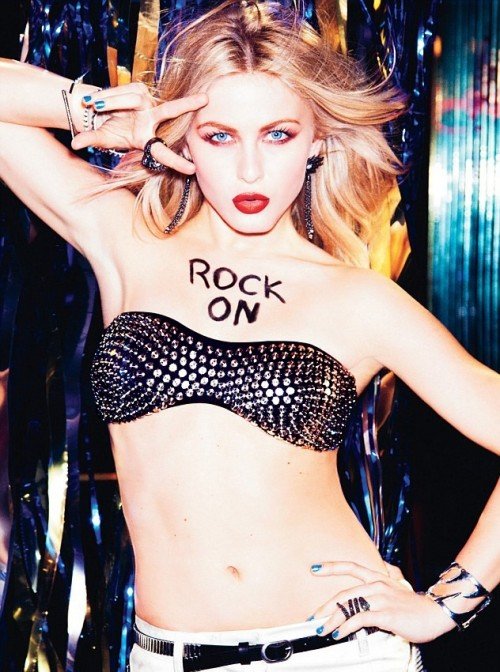 The former Dancing With the Stars darling is going warp speed with the summer movie, Rock of Ages.

Now Julianne Hough talks to Glamour US about Ryan Seacrest, Tom Cruise, and triumphing over her past. Read on for an excerpt of her July 2012 Glamour interview with Willa Paskin. 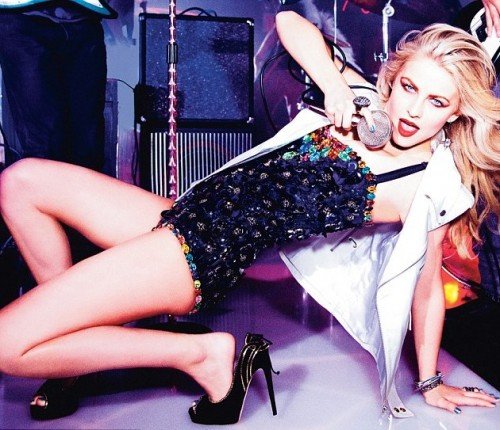 GLAMOUR: There’s a scene in the movie where Tom Cruise holds your breast. What was that like?

JULIANNE HOUGH:That was my first scene with him! I was nervous as all get-out, but after every take he high-fived me and was like, “That was awesome.”

At one point on the movie, I got really hurt—I tweaked my neck and was in so much pain. And everyone was pressuring me to keep shooting, but Tom came in and said, “No, this is what insurance is for, Julianne. You have the rest of your career.

You need to take care of yourself!” And I thought, Tom Cruise cares about me! Now I can cry. 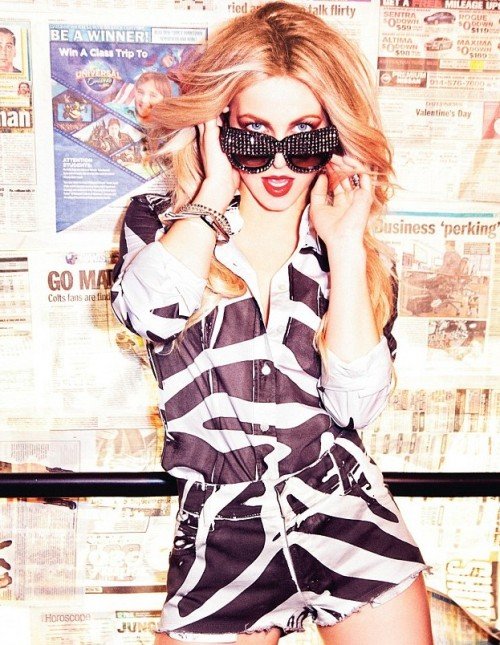 What kind of prep did you have to do?

Diego [Boneta] and I were known as the kids on the set. It was kind of a rock-star camp. We did vocal lessons every day. We had dance lessons. We had Rollerblading lessons. It was fun to be able to go back and be coached.

Yes, about everything. It gets silly. Ryan and I are very alike. When we work out with a trainer, we’ll die before we stop, like, to the point where we can’t breathe. 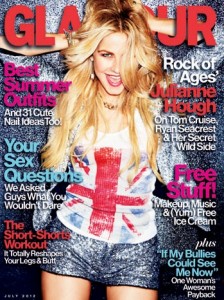 No, but he’s always joking about it.

Well, when I first came to L.A., someone actually tried to set us up, but I was engaged to someone else, a guy I knew from Utah who had served a Mormon mission.

What happened with that?

He was a great guy—I’d known him since I was nine. But I needed to figure myself out more, and so I moved to L.A. and we ended it. And actually, he ended up marrying my childhood best friend, and now they have a kid together. It was a little weird when it happened, but they’re a great couple!

So did you date Ryan soon after?

I had another boyfriend, Chuck Wicks, whom I met on Dancing With the Stars. While we were dating, we went on Ryan’s radio show together.

The interview’s on YouTube, and I blush when I hear it because Ryan is hitting on me the entire time!

At the end, Ryan said something like, “You guys really have something special!” And I thought to myself, He’s so full of s–t right now!

When Chuck and I broke up, I wanted to be single. That lasted five months. Then Ryan and I went on a date.

What drew you to him?

I think it’s that similarity I was talking about before. We both like that perfection in ourselves, and we want to make our relationship like that.

Do you miss dancing?

Oh my gosh, yes, just for the sheer fact that I could eat whatever I wanted and didn’t have to go to the gym.

You’ve been working pretty much nonstop since you landed Dancing With the Stars.

I’m a very anxious person. If I’m not working, I go crazy. I’ve been lucky in my career. But if I lost everything tomorrow—and had no money—I would somehow make it work. I have that survivor mentality because of a lot of stuff that went on in a previous life. I feel like I’ve had four lives.

Want to find out what those four lives were? Read that and more in the complete interview with Julianne Hough in the July issue of Glamour magazine, on newsstands July 12 and available for download on the iPad, Kindle Fire and Nook today.
Photos by Ellen von Unwerth
Read More glamour.com